E-commerce giant Amazon (AMZN) has announced plans to create 7,000 new permanent jobs in the UK by the end of 2020.

The online giant plans to hire 3,000 new staff across three new fulfilment centres in Darlington, Durham and Sutton-in-Ashfield, as well as hiring extra staff across its existing delivery network. Amazon will also create new jobs in departments ranging from engineering to HR at its corporate offices in the UK.

“This is not only great news for those looking for a new job, but also a clear vote of confidence in the UK economy as we build back better from the pandemic,” Sharma said in a quote provided by Amazon.

Amazon has already hired 3,000 new staff across its UK fulfilment and delivery network so far this year, meaning the company is set to create 10,000 new jobs by the end of 2020. Amazon said many of the new roles would be filled by temporary staff who have been brought on during the COVID-19 crisis.

“The new state-of-the-art robotics fulfilment centres in the North East and the Midlands, as well as the thousands of additional roles at sites across the country, underline our commitment to the people and communities in which we operate,” Stefano Perego, Amazon’s vice president of European customer fulfilment, said in a statement.

“We are employing thousands of talented individuals in a diverse range of good jobs from operations managers and tech professionals through to people to handle customer orders.”

Amazon also plans to hire 20,000 temporary seasonal workers to help it deal with the Christmas rush, the company said.

Perego promised “competitive wages and comprehensive benefits starting on day one” for staff joining as delivery pickers, packers, and drivers.

Pay starts at £10.50 per hour in London and £9.50 per hour outside of the capital. Employees will also be offered a benefits package worth £700 a year and a pension plan, Amazon said.

Amazon’s recruitment drive will take the company’s permanent British workforce to 40,000 by year end. The company said it has invested £18bn in its UK operations since 2010.

In July, Jeff Bezos, Amazon’s founder and chief executive, said the company had created 175,000 new jobs around the world since the pandemic struck in March.

The recruitment drive follows surging online sales across the UK. Online retail has risen from around 20% of total spending to 30% during the pandemic, according to the Office for National Statistics.

The trend is being replicated around the world and Amazon’s sales jumped 40% in the second quarter of the year, helping its far exceed financial forecasts made on Wall Street. Shares in the company have surged over 85% since the start of the year.

'Love, Guaranteed' is a shell of a rom-com that will make you want to sue

Thu Sep 3 , 2020
‘Love, Guaranteed’ is a shell of a rom-com that will make you want to sue Love is pain. Maybe not all the time, but if the experience of watching Netflix’s Love, Guaranteed is any indication, chances are the struggle isn’t worth it and you’re better off giving up rather than […] 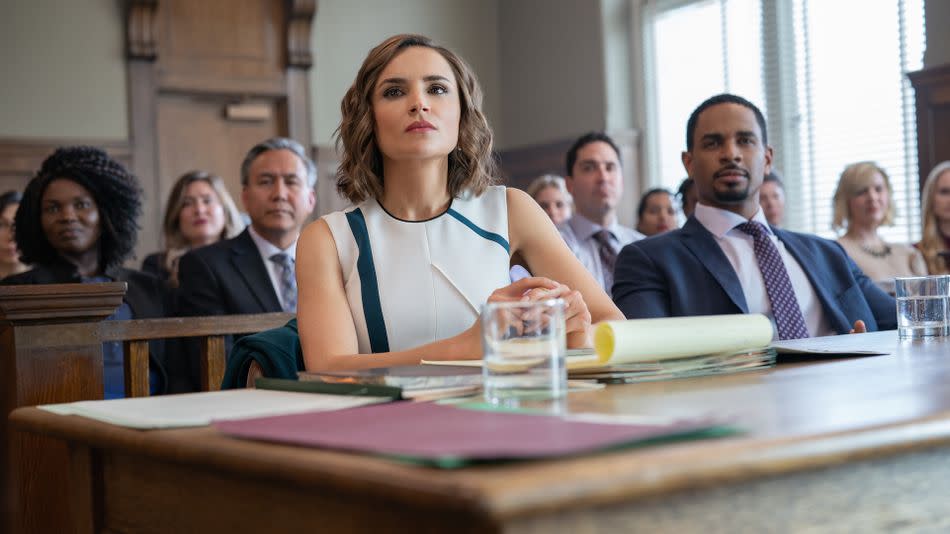