I must admit I was transfixed by yesterday’s headlines informing the world that Amanda Holden still enjoys “primal sex” with her husband, Chris Hughes. This colourful phrase, which the 50-year-old TV presenter used in an interview, instantly conjured up the couple rutting like two crazed Neanderthals on their shag-pile bear skin. Meanwhile, most midlife women I know are pondering how to engage in bog-standard, twenty-first century home sapiens-style intercourse with their partner, in the hope that it will remind them what their genitals are for.

But if you read beyond the headlines, Holden has some useful things to say about the long married, middle-aged woman’s sex life. The number one tip is that she feels it’s important to be playful with your significant other, describing how she once bounced naked on her children’s trampoline after Hughes dared her to. I’m probably not the only wife thinking I could wop my own eye out with a flying breast if I tried that trick, but I know what she’s talking about: a couple who can still lark around with each other are ten steps closer to the bedroom than those who can’t.

Laughing a woman into bed is a peculiarly British trait, while a man of Latin extraction might try operatic emotion. Fabrice de Sauveterre, Linda Radlett’s French lover in Nancy Mitford’s The Pursuit of Love, asks his mistress with some fascination, “Do you always laugh when you make love?” The modern answer for a British woman would surely be, “Only when it’s being done right!” A bloke who can make us chortle, then keep us giggling over the next couple of decades is practically guaranteed a reasonable sex life.

There’s quite a bit of talk in the interview about being naked (Holden says she once made Sunday lunch in the buff), which may grate with all the women out there who don’t have the gym-honed body of a supermodel. Some of us would shop nude in Asda if we had Holden’s physique. Having said that, she’s onto something. A woman – or man, come to that – who likes their own body and is relaxed about being nude in front of their partner, whatever their shape, will always radiate allure. The French know this so well they even have a phrase for it, bien dans sa peau. It may be blindingly, gratingly obvious to say this but it’s easier to have great sex when you’re not inhibited by fears that your body is un-loveable.

Holden also said that Hughes is “always up for it”, so she’s the one who decides when marital intimacy takes place. This may sound a bit laddie, but in my experience a sexually-active marriage needs at least one partner who’s pretty open to spontaneous amorous adventure and another who’s happy to go along with the notion on a reasonably regular basis – provided they’re not feeling too stressed, tired or pressured. I know plenty of women my age who feel friskier than their husbands and have to take the initiative. The key thing is that the less lusty partner understands true love involves generosity.

It’s what San Francisco based sex therapist Dan Savage describes as being “good, giving and game” or GGG. You don’t just ask what your partner can do for you, you always interrogate yourself to see what more you can do to make them happy and relaxed. It’s worth acknowledging that women in particular can feel little desire until they’re quite a way down the path to lovemaking. But then a flood of pheromones and emotion can transform a tentative clinch into a fireworks moment.

I was particularly touched by Holden adding that her husband of 12 years is a “great kisser”. We all know you can have sex that doesn’t involve kissing, and it’s usually a dismal affair, but you rarely (never in my personal experience) have great kissing without great sex. Above all else, it’s a clear indication you still find your other half delicious – because you can’t fully enjoy kissing someone who doesn’t smell and taste as intoxicating to you as freshly-baked bread. Whenever I see an elderly couple kissing like they mean it I think, “By gum, they’re still at it.” And I wonder if marriage guidance counsellors might do well by troubled clients if they simply dispatched them to dental hygienists.

The one thing Holden didn’t say, but I couldn’t help noting from photos is that you may also enjoy a hotter sex life if your spouse bears a striking resemblance to you. When you set the actress and her husband side by side they have similar noses eyes, cheekbones and facial symmetry. I imagine every time they lock eyes they pair are thinking, however subliminally, “You’re gorgeous – you look just like me!” Admittedly, this mirror-image love is hard to replicate for many couples, but we can all make a stab at scrubbing-up for the one we love – even in the death throes of lockdown.

The Death and Post-Covid Rebirth of 'Third Places'

Wed Apr 7 , 2021
When coffeeshops shuttered due to coronavirus restrictions in March 2020, many patrons lost more than just free WiFi.  Photographer: Saul Loeb/AFP via Getty Images Photographer: Saul Loeb/AFP via Getty Images For Reid Shaffer, hitting the gym is about more than just physical exercise — it’s an excuse to flex his […] 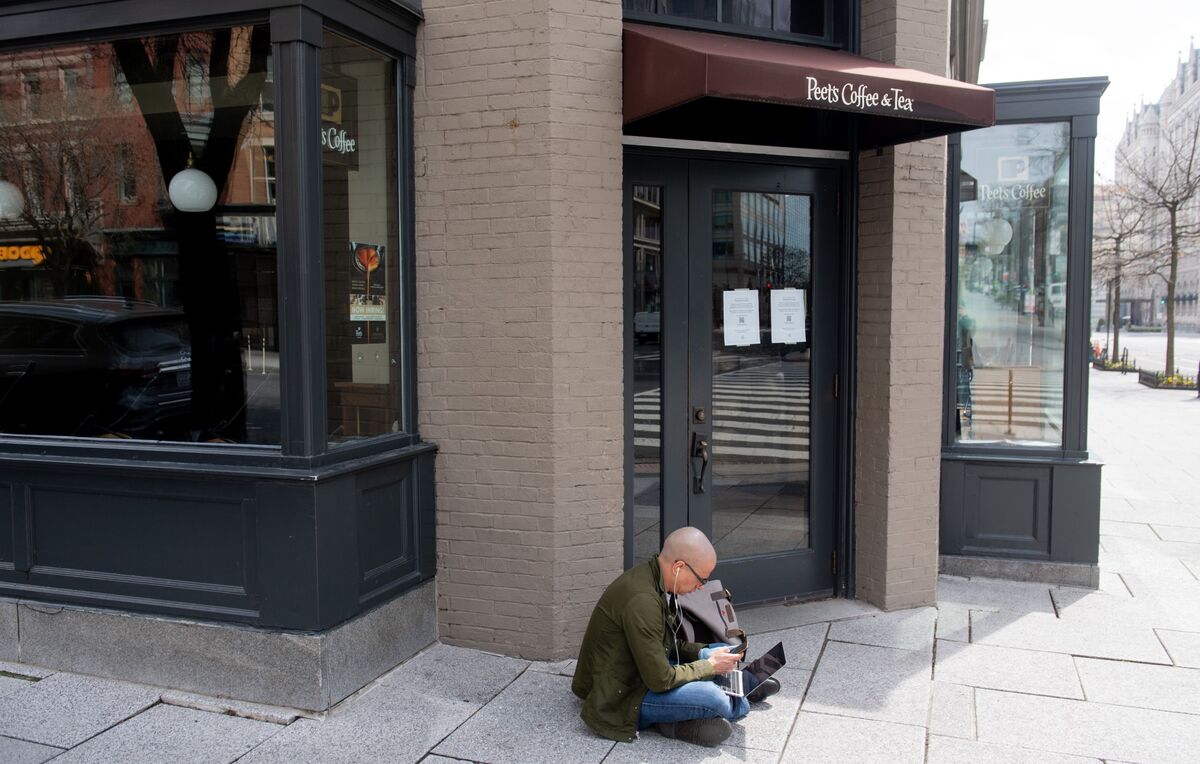