From Friday, people in England will need to wear a face covering in shops and supermarkets, as well as on public transport, where it is already mandatory.

However, there has been widespread criticism of the government’s messaging over face coverings and confusion as to exactly where people should be wearing them.

A number of officials have made contradictory statements about what constitutes a shop under the guidelines, specifically regarding over the rules for takeaway food and drink outlets.

Last week, health secretary Matt Hancock said: “You do need to wear a face mask in Pret because Pret is a shop. If there’s table service, it is not necessary to have a mask. ”

He added: “But in any shop, you do need a mask. So, if you’re going up to the counter in Pret to buy takeaway that is a shop.”

“My understanding is that it wouldn’t be mandatory if you went in, for example, to a sandwich shop in order to get a takeaway to wear a face covering,” the spokesperson said.

“We are talking about supermarkets and other shops rather than food shops.”

So, where exactly should you be wearing a face mask once the rules change? Here is everything you need to know.

People will need to wear a face covering in coffee shops in England under new regulations due to come into on 24 July.

The Department of Health and Social Care confirmed face coverings will be needed in shops such as Pret a Manger if people intend to take their food and coffee away.

However, if they sit down to eat or drink, they will be able to remove their face covering in that area. Takeaway outlets will also fall under the same criteria.

A Department of Health spokesperson said: “From Friday July 24, it will be mandatory to wear a face covering in shops and supermarkets, as is currently the case on public transport.

“If a shop or supermarket has a cafe or a seating area to eat and drink, you can remove your face covering in that area.”

Cabinet minister Brandon Lewis clarified the statement during an appearance on BBC Breakfast, saying people will have to wear masks in a takeaway outlet, depending on why you’re going in there.

“The differences that people may not have been aware of, and will be outlined in the regulations today, is if you are going into a takeaway and you are eating in somewhere that’s got a takeaway, then that is like hospitality – you are eating, it’s not practical to wear a face mask, we recognise that,” he said.

“But if you are going in to buy a product and leaving again, then you are treating it like a shop and you should be wearing a face mask.”

The supermarket also counts as one of the places where the government is enforcing the new rule.

Since the start of the lockdown, supermarkets have been implementing safety measures in store as well as changing online delivery rules to keep the process as safe as possible.

However, while the government has advised people to wear face coverings in spaces where social distancing is difficult, it has never been compulsory.

Asda’s CEO Roger Burnley has already shared an update with customers to say the company will respect any new rules.

In a message to customers, he said: “Parts of the UK are also now refining their safety measures to protect our health – be that new social distancing or the compulsory wearing of face coverings in shops.

“And as these new changes are implemented, I want to reassure all our customers – no matter where you shop with us – that we will respect the guidelines.”

Face masks will be made compulsory in all retail shops and enclosed shopping centres from 24 July.

During a speech at the House of Commons, Mr Hancock said the new rules were being introduced to “give people more confidence to shop safely, and enhance protections for those who work in shops”.

“The British Retail Consortium has said that together with other social distancing measures, face coverings can make shoppers feel even more confident about returning to the high street,” he said. “And the Chair of the Federation of Small Businesses has said that small firms know that mandatory face coverings have a part to play, and I quote, ‘in the nation’s recovery both physically and financially’.”

According to Mr Lewis, banks are also included in the government’s new guidelines.

When asked if people should cover their faces if they are going into a bank, he said: “Yes… it’s all retail outlets and retail banks on our high streets are retail outlets effectively as well.

“Therefore it is appropriate that you should be wearing a face mask.”

Since 15 June, anyone travelling by bus, train, ferry or plane in England has been required to wear a face covering.

People can be refused travel if they don’t follow the rules, and can be fined as a last resort.

It is also compulsory to wear face coverings on all public transport in Scotland and Wales will be introducing the rule from 27 July,

The wearing of face coverings on buses, trains and ferries became mandatory in Northern Ireland on 10 July.

Despite people being told to wear face masks in coffee shops and takeaway outlets, government minister George Eustice has said that it is not necessary to do so in pubs or restaurants.

Speaking to Sky News, Eustice said: “We’re not for instance mandating the wearing of masks in pubs and restaurants, because obviously people have got to eat.”

Who is exempt from wearing a face mask?

The same exemptions as for public transport will apply under the updated guidelines, with children under 11 and people with breathing problems not required to wear a covering.

Anyone who cannot put on, wear or remove a face covering because of a physical or mental illness or impairment or disability is also exempt.

According to the official government guidance, the below groups are not required to wear a mask:

Other exemptions listed include those with a disability or a physical or mental illness, and anyone travelling with a deaf person who relies on lip reading to communicate.

Customers in shops will also be allowed to remove them if they are required to present identification for purchasing alcohol and other age-restricted products.

What happens if you don’t wear a mask?

The new rules will be enforced by the police, not shop workers who should instead “encourage compliance”, officials have said.

However, Metropolitan Police chief Dame Cressida Dick has said officers will only enforce the wearing of masks in shops “as a last resort”, adding that she hopes people will be “shamed” into using face coverings rather than having to be fined.

The most stylish reusable face masks to buy now

Make This Labor Day Weekend Special By Renting An RV

Thu Jul 23 , 2020
This post is sponsored and contributed by a Patch Brand Partner. The views expressed in this post are the author’s own. Labor Day weekend will be here before you know it, and the end-of-summer holiday is the perfect chance to take one last vacation with your family before the kids […] 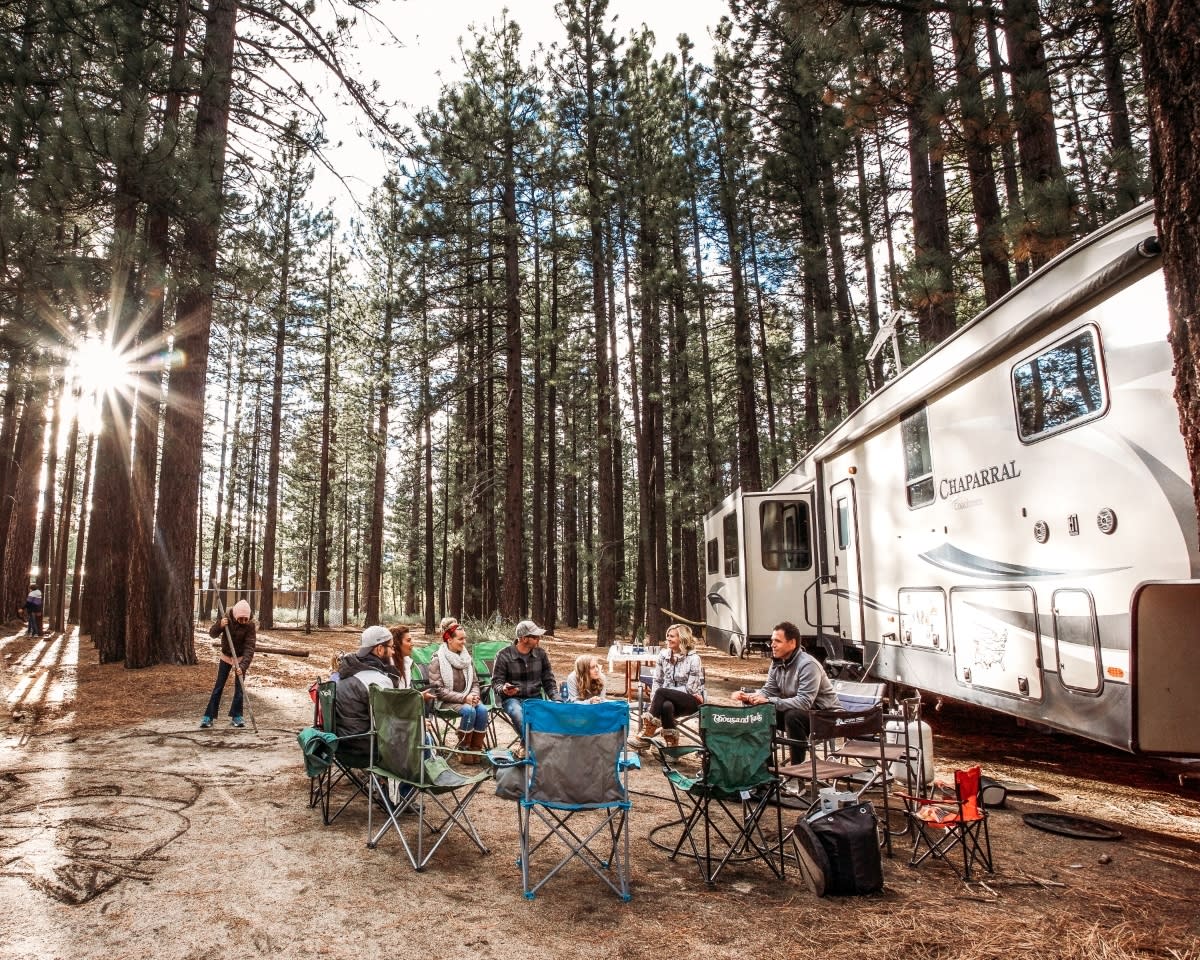