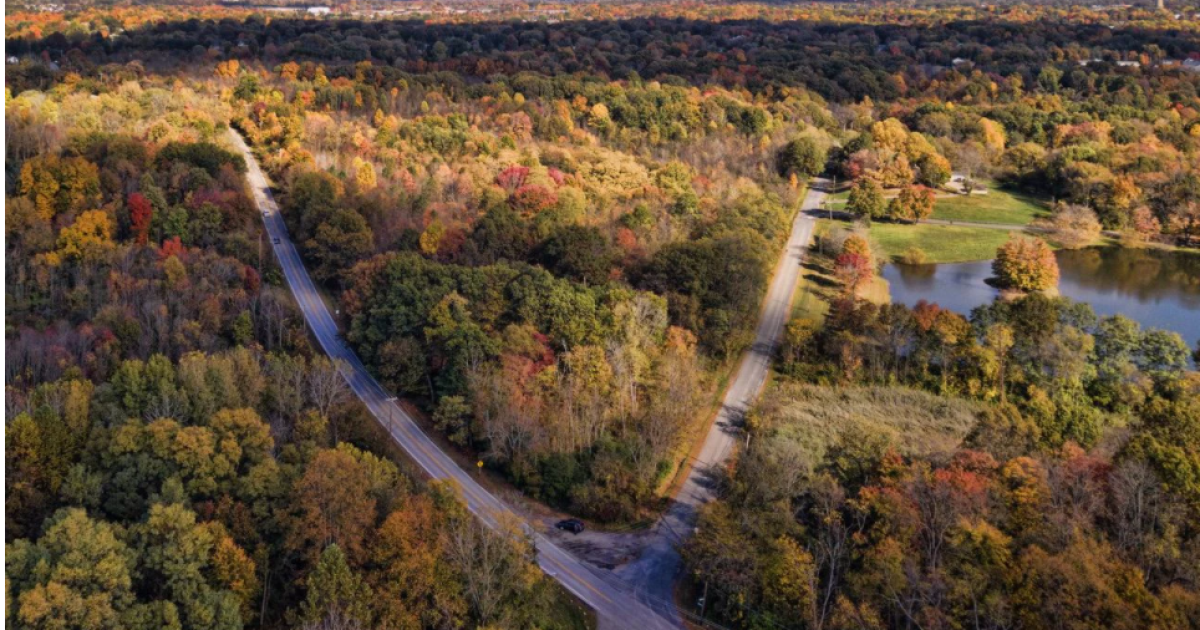 The city of Akron delayed making a decision on plans for the residential development of 43 acres of wooded area and wetlands near Cuyahoga Valley National Park (CVNP) in order to consider an alternative.

The city now will solicit plans for conserving the property. The original plan called for the construction of 65 to 110 homes on the area recognized as the largest unsold green space in Akron.

In August, Akron issued a call for proposals from developers of single family homes, setting a discounted purchase price for the land and offering a 15-year residential tax abatement to developers.

The city received six offers, five of which surrounded plans for residential development. The sixth offer was submitted by the Western Reserve Land Conservancy, with the intention of conserving the 43-acre property located at the corner of Theiss and Hardy roads.

View of the wooded areas located near Hardy Road

Akron Puts Out Second Request for Proposals Aimed at Conservation

“I think they were intrigued by the Western Reserve Land Conservancy proposal, and they’d like see [if] there anyone out there that has a different idea for conservation,” Holland said.

The Western Reserve Land Conservancy says it intends to submit a plan as part of the new request for proposals. The nonprofit is known to buy land that has value for public education, public recreation or for habitat protection near existing parklands, according to Preserve the Valley.

Preserve the Valley is a citizen action group that was launched to advocate for a moratorium on more homes and apartments near the CVNP. It is pushing for the city to create a thoughtful, long-term plan for development of the land.

As of Thursday evening, the group’s online petition has garnered 7,097 signatures and calls for a master plan to be put in place that takes into consideration the region’s residential, environmental, business, and recreation needs.