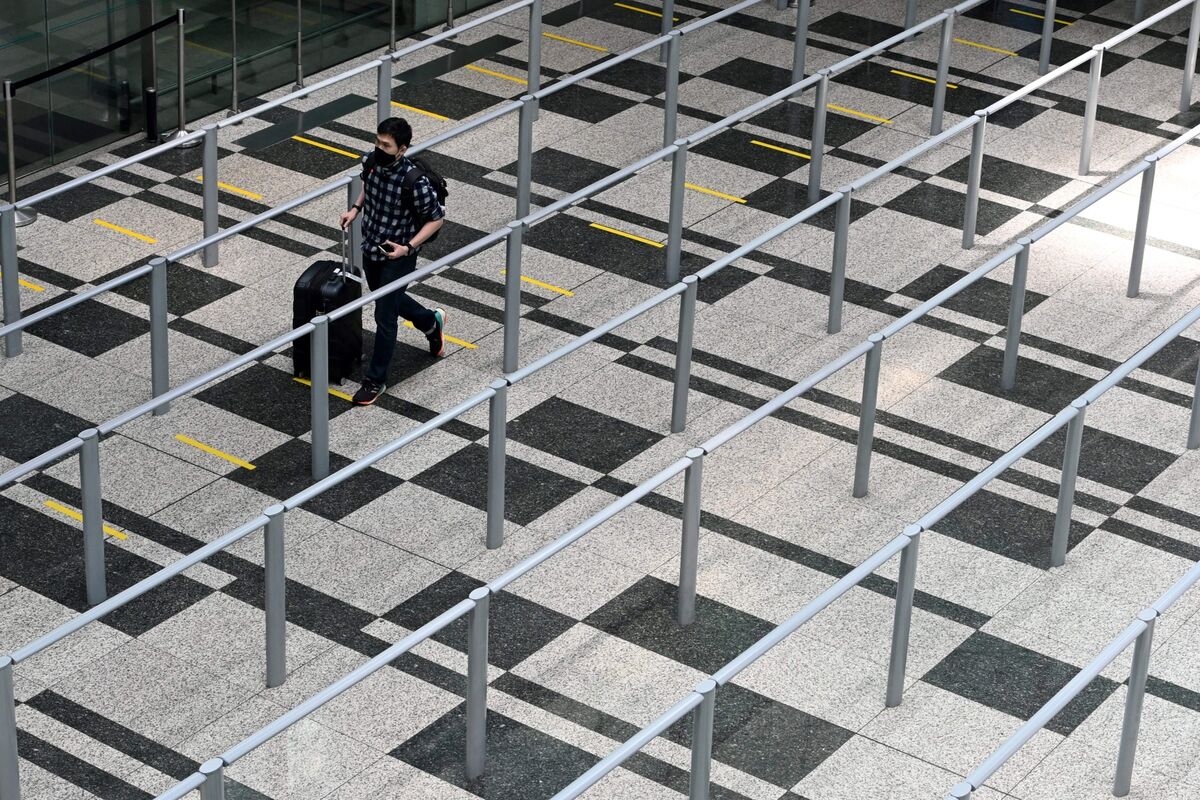 When U.K. travel brand Thomas Cook relaunched as an online travel agent last month, it needed a way to convince customers that it’s become a more reliable custodian of their money since its 2019 bankruptcy and that they’ve nothing to fear from booking a holiday during a pandemic.

Its solution was to promise that most of the cash customers hand over long before they go on holiday will now be held in a ring-fenced trust account until they return.

For anyone who’s struggled this year to get a refund from an airline, cruise ship operator or travel agent, this will sound appealing. The model is bound to become much more common as regulators begin to understand the benefits. It’s about time.

When British tour operators renew their licenses to operate in the coming weeks, some may be asked to keep customer prepayments in a segregated account, the Telegraph newspaper reported recently. Currently, travel companies and airlines are often free to spend the prepayments on whatever they like, and long before the trip happens.

Because of the immediate need to ensure the travel industry remains solvent, a swift regulatory crackdown on that business model would be counterproductive right now. The bigger current worry is that travel groups barely have any new bookings. German airline Lufthansa AG plans to offer only up to 25% of last year’s flight capacity during the fourth quarter.

However, after the financial crisis U.K. banks were forced to separate their core retail banking services from riskier investment banking. One day, there needs to be a similar reckoning about how travel groups protect customer cash.

From the travel companies’ perspective getting customers to stump up money months before they travel is great — it’s like getting a big interest-free loan. Lufthansa, cruise operator Carnival Corp. and tour company TUI AG all held several billion dollars of customer cash, according to their most recent full financial results.

When Covid-19 shut down global travel, consumers realized they were getting a raw deal. Many endured a Kafkaesque battle with company bureaucracies to get their money back and they often had to make do with vouchers.

Some travel agents are better at protecting their customers’ cash, and they’re calling loudest for change. “It’s scandalous that the money innocently paid for travel arrangements sometime in the future, is not required to be set aside in trust and solely spent delivering the contract,” Trailfinders says. It’s branded the current system a “protection racket.”

In theory, customer prepayments are safe, even without ring-fencing. If you book a flight with a credit card it’s usually possible to get a refund if the travel company goes bust. But not everyone books this way and you’re just loading the risk onto the credit companies. That’s why the latter hold back customer money from travel companies they deem to be a financial worry.

Brits who book a flight-inclusive holiday with so-called ATOL protection can also get a refund from the Air Travel Trust Fund if their travel company collapses. However, the fund was drained of cash after Thomas Cook’s demise.

Setting up a trust account doesn’t guarantee that refunds would be processed quickly in the event of mass travel cancellations like those seen this year. But by preventing companies from spending the cash until customers have travelled, the money should at least be safe.

Travel groups are beginning to see the benefits of ring-fenced accounts, too. Saga Plc expects its decision to set up a trust account will give it a marketing advantage with its over-50s holiday clientele.

Segregating customer prepayments would, however, increase a travel company’s cash requirements, which most of them can ill afford right now. For example, UBS analyst Cristian Nedelcu estimates that as much as 250 million euros ($296 million) of Tui’s cash could become “restricted” if regulators toughened up on ring-fencing. Tui had almost 6 billion euros of net debt, including lease liabilities, at the end of June and has twice had to turn to the German government for help this year.

Tui’s chief executive officer, Fritz Joussen, said in May that ring-fencing customer deposits “would more or less destroy the industry.” The cash-flow impact could ripple through the travel sector, depriving hotels and other struggling suppliers of money.

There’s little sign yet that the U.K. or other governments will force airlines to implement trust accounts, as some travel agents are demanding, and perhaps that’s no surprise given aviation’s precarious financial condition and the need to protect jobs.

“While I think there likely would be public support for ring-fencing customer funds with airlines, too, at least in the current situation there is a risk that governments may end up footing the bill for large legacy carriers, so you can see what it might not be their top priority,” says Daniel Roeska, an analyst  at Bernstein Research.

Once there’s a vaccine and we’re all flying again, though, we shouldn’t forget the cavalier regard some airlines had for customer money. Better protecting that cash is the least the companies could do.

— With assistance by Andrea Felsted

To contact the author of this story:
Chris Bryant at [email protected]

To contact the editor responsible for this story:
James Boxell at [email protected]