The following article is a written adaptation of an episode of Thrilling Tales of Modern Capitalism, Slate’s new podcast about companies in the news and how they got there.

Kelly Berger lives in Tucson, Arizona. Tucson is home to Saguaro National Park, the University of Arizona, and, each February, the Tucson Gem and Mineral Show. It’s a big deal in the world of precious stones. And it’s a big deal in Tucson. The gem show is such a big deal, in fact, that there aren’t enough hotel rooms in Tucson to accommodate everyone who comes to town for it, which makes the gem show a yearly windfall for people like Berger, who make money by renting out property on Airbnb. “People can pay six months of their mortgage in two weeks,” she says. “It’d be like hosting the Super Bowl. That’s what the rates are.”

Berger has been an Airbnb host for a few years now. Before that, she was a traditional kind of landlord, leasing to long-term tenants. But she found that she could make more money from folks who are only in town for a few days or a week. At the beginning of 2020, Berger had three Airbnb properties in Tucson, all of them single-unit dwellings. And business was good enough that she decided to add a fourth house—Berger closed at the beginning of February. “We wanted to close and get it furnished right before the gem show,” Berger says. “We just put everything into that.”

As the outbreak became a pandemic, global travel ground to a halt. The prospect of traveling to stay in someone else’s home, where you’d have to touch things with your hands, all of a sudden became a clear and present health hazard. And by March 13, when President Donald Trump declared the COVID-19 crisis a full-fledged national emergency, Kelly Berger’s Airbnb business had completely collapsed.

As Airbnb has grown to dominate the world of short-term vacation rentals, people have become more familiar with the platform and thus more demanding about what they expect from their rentals. For many travelers, it’s no longer enough to stay for cheap in someone’s actual apartment. They want a house that’s a blank slate with hotel amenities and no trace that anyone has ever actually lived there. That’s not something a person with a spare room can offer. These days, if you stick around as an Airbnb host, chances are you do so because you’ve chosen to make it your business. And if you’ve chosen to make short-term vacation rentals your business, you can’t not be on Airbnb.

If you rely on one platform for the vast majority of opportunities you get, then you’re not actually your own boss at all.

It isn’t that there aren’t other platforms that do the same thing. Other apps and companies like Vrbo have tried to contend with Airbnb over the years—and Vrbo is actually more than a decade older than Airbnb. But Airbnb remains the most popular platform for both hosts and guests.

The promise of Airbnb for travelers was that it would give them unique lodging experiences for less than they might pay at a hotel. The promise for hosts was that they could be their own boss by renting out their existing assets on this platform whenever they felt like it. But if you rely on one platform for the vast majority of opportunities you get, then you’re not actually your own boss at all. In every meaningful respect, you’re tied to that platform. And in times of crisis, in worst-case scenarios, it can be tough to rely on a platform that does not rely on you.

At the beginning of 2020, Airbnb was valued at roughly $31 billion and was readying itself for an initial public offering. But unlike some tech startups whose businesses exist almost exclusively in the cloud, Airbnb is tethered to the real world. And this spring, when the real world collapsed in a fit of coughing, Airbnb found itself in serious trouble.

“It was like I was a captain of a ship, and it was a nice ship and it was really sunny, and all of a sudden a torpedo hit the side of the ship, and we lost the vast majority of our business,” Airbnb co-founder Brian Chesky said back in June. “It felt like it took me 12 years for my partners and I to build this business, and we lost most of it in four or five weeks.”

He’d just seen his company’s valuation drop by $13 billion. But in that same interview, Chesky said that the company was already starting to see signs of recovery and that the IPO might still be on track. Airbnb’s hosts, though, dealing with lost income, unpaid bills, and mounting debt, were finding it a little bit harder to see the silver lining.

Many Airbnb hosts felt betrayed by a critical decision the platform made about its long-standing cancellation policy. Millions of travelers were canceling their trips. The ones who were staying in hotels for the most part could get their bookings refunded. The ones who’d booked on Airbnb found themselves subject to their hosts’ individual policies. With certain exceptions for extenuating circumstances, Airbnb had always let its hosts set their own terms of cancellation. Some hosts allowed travelers to cancel with a full refund up until 24 hours before check-in. Others were more strict. But now Airbnb found itself in a real predicament. If travelers couldn’t get their money back, they’d be furious with the platform—and they also might feel compelled to travel when it was unsafe to do so.

More than ever before, Airbnb had to choose between the hosts who list on its platform and the guests who book there. It chose its guests, rolling the pandemic into its extenuating circumstances policy, and allowing them to cancel for full refunds. “I was furious at the decision,” says Berger. “I felt like I was worthless.”

By making it easier for people to change or cancel their travel plans as a deadly virus began to spread all over the globe, needless deaths may well have been avoided. The decision prevented a PR disaster for the company, and it cost Airbnb a lot of money. But it may have cost the hosts more. “What are rules, if rules are nothing? Why even have a cancellation policy?” Berger remarked.

She went online to commiserate with other Airbnb hosts. The hosts were talking about filing a lawsuit. They considered starting their own platform. They complained about feeling so disposable. But, well, they were disposable. When a platform gets big enough, no single user is essential. Airbnb chose to look out for its guests rather than its hosts because the hosts have nowhere else to go.

“This is a corporation,” Berger says. “At the end of the day, you’re a minion to Airbnb.”

Listen to the full episode using the player below, or subscribe to What Next on Apple Podcasts, Overcast, Spotify, Stitcher, or wherever you get your podcasts.

Tue Sep 29 , 2020
Greggs worker Staff at around half of Greggs’ stores will have to accept fewer hours or face losing their jobs as the government’s furlough scheme comes to an end. The bakery chain, which employs 25,000 workers, expects business activity to “remain below normal for the foreseeable future”. Chief executive Roger […] 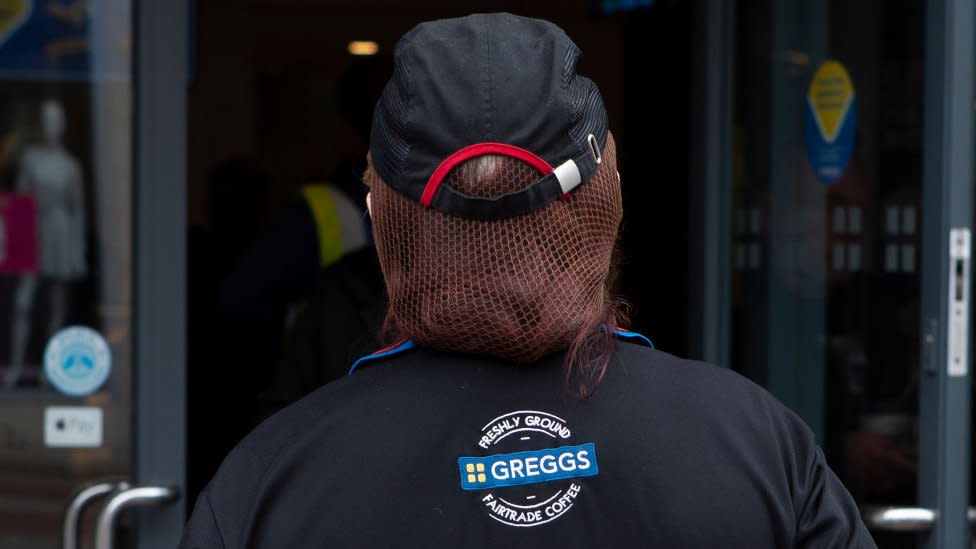