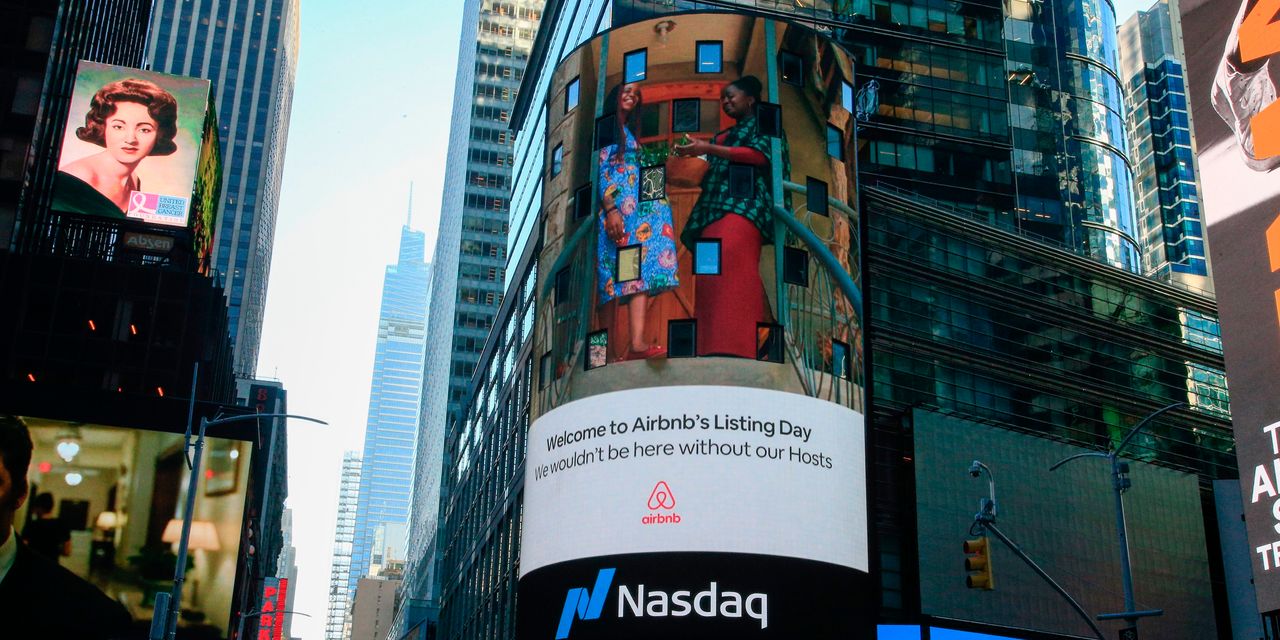 debut in the public markets is leaving investors gasping and analysts struggling with the stock’s astonishing valuation.

Airbnb (ticker: ABNB) went public on Thursday at $68 a share, and opened for trading at $146, driving the company’s market capitalization up to $100 billion. Only two other technology companies have ever ended their first day of trading with a nine-digit valuation:

That is impressive, but not so easy to justify. BTIG analyst Jake Fuller picked up coverage of the company on Friday with a Neutral rating, raising doubts about the valuation in particular.

Fuller wrote in a research note that he has spent a lifetime covering the online travel agencies, and that Airbnb is nothing like them. The company, he said, has a globally recognized brand and a unique value proposition.

But he also said that Airbnb is valued as much as

combined. “That’s outside our comfort zone,” he said.

Still, he had some nice things to say about the company, noting that Airbnb sits more or less alone on one of the few growth areas in e-travel, “and should be at the leading edge” of an economic recovery.

He also noted that unlike the online travel agencies, Airbnb is not reliant on Google for traffic. More than 90% of visitors come directly to the site.

But he also said that at the end of the first day, the stock was trading at more than 15 times his 2022 revenue estimate, a big premium to

(BKNG) at seven times and Marriott at four times. He thinks a premium is warranted, but not one that big.

Fuller didn’t give a target for the stock price, but noted that he had come up with a $100 base case, with a bull case of $159. “We would have to go above our bull case to justify a Buy rating, and we are not comfortable with the assumptions we would have to make to do so,” he said.