Faith Lewis grew up in Agoura Hills and is currently about to enter Yale Law School, where she will focus on environmental law and environmental justice.

What was it like growing up in Agoura Hills?

I was actually born in New York, and then we moved to California. My experience started in elementary school – I went to Yerba Buena. I had a good time there. I was there from 1stto 4thgrade. I remember doing Girl Scouts – it was a lovely time. After California after fourth grade I moved to Australia, and I was there for six years, and I returned to Agoura Hills for tenth grade, and then I moved again to England, and I finished 11thand 12thgrade, but yeah it was lovely. I benefitted from an environment that told me and showed me that I could do or be anything and anyone that I wanted to be.

Why did you move around so much?

What was it like moving back after so many years abroad?

I was in Australia for 6 years, and I came to the U.S. for 10thgrade. And it was nice coming back to Agoura because we often came back for Christmas – we saw my family and my grandma and my auntie. So when I moved it had been the first time that I experienced explicit racism, which was a little jarring. I felt like when I was in Australia, it was more like, there was ignorance surrounding race relations, but things weren’t malicious. But when I returned back to the U.S. at Agoura High, that was the first time I was called a variant of the N-word, and never before in my life had that ever happened to me, so it was shocking.

But you also said it was a loving and empowering place.

Yes, that was specifically when I was younger, and I think that a large part of that was because of my family. I felt very uplifted, but I think that in 10thgrade it was lovely because there were a lot of different activities that I could choose in high school. I was able to do the dance program, and before I was planning on leaving, I was gonna be the commissioner of cultural awareness, and so there were a lot of awesome opportunities, but some of the aspects around race were jarring to me, because I hadn’t experienced them before.

Were you the only person of color in your grade?

There were a few other Black students in my class, but just not that many.

Do you know why your parents chose Agoura Hills?

We chose Agoura in large part because of the school system – Yerba Buena, for example, just has a lot of resources. It’s in an area where there’s a lot of greenery, and there’s a lot of parks to play in. Those are some of my favorite parts of living in Agoura – I like that things are nearby, and there’s entertainment and necessities that are all here.

Are you living here now?

Yes, I’m here. I just graduated from American University in Washington, D.C., so I was there for four years, so I’m back here, and I’ll be here until I go to law school, so I’ll be moving to Connecticut either in January or later, depending on COVID.

Do you know what exactly the plans for next year are?

Yale is doing a hybrid system where part of your classes can be in person, part of them can be online. In particular, it’d be the small groups – it’s kind of like your home base. Those are some of the classes that can be in person, and the rest would be online, but you can make a decision not to go, so that’s what I’ll be doing definitely for the fall semester. I think that it’s very possible that Yale will do a good job, but I’d rather stay safe in Agoura Hills.

At Yale you’ll be studying environmental law. How did you get interested in that field?

I was in the honors program at American University, and so what that means is we have to do a certain number of courses for the first two years. So the first semester, the course list is climate change, politics, and public policy. It was wonderful, and it really got me interested in climate change, and all the problems with climate change, and kind of started me in looking how all the different things interact, like capitalism, public policy, but I didn’t really see a focus on marginalized individuals at that point. But the following semester, I had an advanced writing course, and that’s where I was introduced to environmental justice, and I was like, oh, this is what I want to do for the rest of my life. I hit the ground running: I changed my majors to environmental studies and economics, minoring in international studies, and I had the opportunity to later work as a Student Sustainability Educator in the office of sustainability, and worked for justice at the Sierra Club. I had a lovely time, and hope to continue in law school.

What is environmental justice?

What did you do at the Sierra Club and Earthjustice?

I first started out looking at the National Environmental Policy Act – I came on board at a time when they were still able to give public comment for this bedrock environmental law that was created 18 years ago, had bipartisan support, but it’s being really threatened by this administration. There are a number of rollbacks that will have really negative repercussions for environmental justice communities. So in my public comment I discussed the necropolitical nature of the rule, and necropolitics is trying to figure out who lives and who dies in their borders, and essentially it’s very clear that who the government is supporting with that action. I’ve also been looking at utility disconnection suspension – one of the really great things that has been happening is utility companies are suspending disconnections for nonpayment because of the economic crisis, and that’s a result of governmental failure, but a lot of utilities are lifting that suspension and starting to disconnect people again.

Do you have a sense of what you want to do after you graduate?

For me I think that I want to focus on the areas of civil rights and liberties, environmental, human rights, racial and ethnic justice, culture rights, environmental justice. Those are the issue areas I’d like to focus on, and I think that I’m very interested in grassroots work, administrative advocacy, lobbying, litigation, policy, those different things. But I really enjoy the work done at Sierra Club, Earthjustice, the Center for Race, Poverty, and Environment, so I see myself working on fighting for environmental justice, and all that comes with it.

Somewhere you’d like to go next: Japan – I took Japanese for five years, and I’ve always been super-interested, and also I think it’s important to look at environmental justice concerns all over the world, so I’d like to learn about Minamata Disease, which was a result of people ingesting methylmercury for three decades

Favorite person: I’m gonna say my Grandma Jackson. She is so cool. She’s done so much. She raised my mom and her sister by herself, while going to school, getting her degree, working, got her master’s, worked in New York City. It’s amazing, even now she goes out when there’s nobody to hold signs. She’s done it all before.

Know an Agouran with an interesting story you’d like to see featured? Write to [email protected]

This article originally appeared on the Agoura Hills Patch

Kylie Jenner Calls Out Photoshopped Caption on Instagram: "I Never Said This"

Tue Aug 18 , 2020
Putting an end to speculation. However, as she pointed out in her Instagram Stories on Monday afternoon, an edited screenshot of her post has since surfaced that makes it look as though her first caption read “brown skinned girl.” The Keeping Up With the Kardashians star then posted another Story with screengrabs of her real original caption and […] 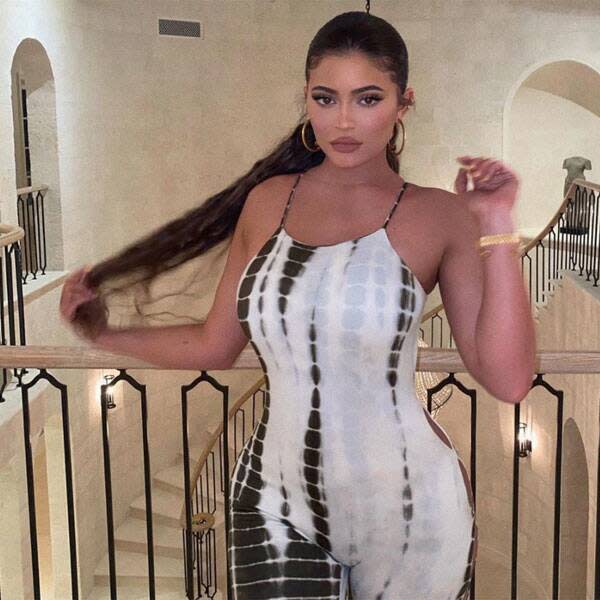