Months before the COVID-19 pandemic began, Dan Presser was in and out of the hospital with an unexplained medical condition that temporarily took his ability to walk. By the time people all over the world were starting to lockdown, Presser was fortunate enough to have recovered and to be back with his family at their home in Connecticut.

With more time on their hands because of the pandemic, Presser and his family have staved off quarantine boredom by recreating classic movie scenes in videos that have not only drawn a noteworthy following, but have also managed to raise money for Feeding America.

Together, Presser, a producer for the ACC Network, and his wife, Beth, have filmed their kids, 4-year-old Maddie and 2-year-old Barton, recreating scenes from nearly 50 films over the past year under “Quarantine 2020 Productions,” a YouTube channel that Presser created. The project—which was intended to be a distraction for their children during a dark time of isolation and to help others in need—came after a difficult year for the couple, because of Presser’s health scare.

In September 2019, Presser, who has multiple sclerosis, was diagnosed with meningitis after checking into the hospital with a 104-degree fever. Things took a turn for the worse and he lost his ability to walk. While he spent the next few months between the hospital and recovering at his parents’ house, Beth held the family together.

Dan Presser spent the better part of the end of 2019 in and out of the hospital for an unexplained medical condition.
Dan Presser

“My wife was a hero taking care of our 3-year-old and 1-year-old,” Presser told Newsweek during a family Zoom interview. “It was tough because Beth would bring the kids to come visit, but I really couldn’t do much, and I was in rough shape so we would just cuddle and watch a movie or something.”

Dan eventually regained his ability to walk, although doctors never figured out what was wrong, and the family reunited around Christmas 2019. A few months later, the world shut down because of COVID-19, giving Presser back all the family time that he missed and then some.

Part of that family time has been spent filming those videos recreating parts of beloved movies, posting them online and asking people to donate to Feeding America, the nation’s largest hunger-relief organization. To date, they’ve raised about $70,000, which, per Feeding America, is enough to provide 700,000 meals to families.

It’s a tough number for 4-year-old Maddie to comprehend, as her concept for numbers only goes up to 101—as in the 101 Dalmatians—but the pandemic has been a chance for Presser and Beth to live out a lesson to their children.

“We are always trying to teach these kids that life isn’t about what happens, but about how you respond to it,” Presser said. “We are just trying to make people smile in a time when the world needs a little happiness.”

Motivational speaker Tony Robbins quickly caught wind of their family project and matched their early fundraising number to bring them to a then-total of $26,000. In the months since they started, their videos have garnered the attention of Will Smith, who guest-starred in Maddie’s recreation of Independence Day, and Jimmy Kimmel, who helped recreate Good Will Hunting.

The clips usually run for about 60 seconds and feature Maddie, Barton and various other co-stars delivering iconic lines while donning costumes pieced together from their closets and ordinary household items. So far, they’ve reimagined films like Forrest Gump, ET, Zoolander and Field of Dreams, among many others,and they’ve received donations from people on every continent except Antartica.

Maddie and Barton have had 71 co-stars across the country, with most of them participating virtually. As popular as the videos have become, Dan and Beth Presser agreed that they’re not looking to force their kids into film.

“We’re not going to make them do these things that they don’t like. If I get to the point where I’m like, ‘She’s over it,’ we’ll stop. Maybe [it’ll end] once we get out of lockdown, maybe when things return to normal,” Dan said.

Picking the films they pay tribute to is a group effort and Beth pointed out that both she and her husband are “pretty competitive,” so they take notice of whose movie choices receive more likes or comments. Their recreation of Lion King has been their most popular so far in terms of YouTube views, and has been watched on the site more than 4,000 times.

Getting people to click is no easy task, but an even more difficult lift is getting people to fork over their dollars. Dan said he doesn’t have a secret fundraising strategy and attributed their ability to raise a significant amount of money to timing.

“A lot of it started when people were getting $600 unemployment whether they needed it or not, so some people were trying to pay it forward,” Dan said. “When that stimulus check comes, they give some of it away because they know that’s what helps more people. We tried to time things around when Fantasy Football season ended. Maybe you won $500 and you’ll throw $100 to charity.”

Beth also noticed that people seem more likely to dip into their wallets when Maddie and Barton recreate a movie that viewers loved when they were kids themselves. She said it’s been “fun” to hear about how their family project has sparked other people’s memories.

One movie Maddie would love to recreate that they haven’t already is The Little Mermaid. A Disney classic, it would present a unique opportunity for Barton to play a role suited for him: Being just 2 years old, he’s not as eloquent as his older sister, which makes him a fitting choice to play Ariel after she loses her voice.

“Barton plays a lot of damsel-in-distress roles,” Dan said. “We like Titanic a lot because that was Barton’s first starring role. Usually, he’s a cutaway shot. He’s not always in the best mood, but he was in the best mood for that.”

The brother-sister duo apparently recreated the famous “Paint me like one of your French girls” scene, but, unfortunately, you won’t find it on YouTube, as the platform took it down.

Barton, who started to cry at that comment during the Zoom interview, seemingly didn’t appreciate being referred to as a second-tier star, indicating he may be ready for the big leagues.

Since most viewers are only seeing the final product, Beth said the short films can come off as being easy to produce. But, ultimately, these are really just home movies that they’re making, and their kids are “normal toddlers” who want to shoot on some days and not on others. While some clips are done in one day, the young actors’ various moods can put a two- or three-week pause on production.

So far, Maddie’s favorite recreation was a play off of director Todd Phillips’ 2003 hit, Old School. Her parents made it clear that she hasn’t actually seen the movie, but Maddie still got a chuckle out of her baby brother running around naked as a tribute to Will Ferrell’s famous streaking scene.

Dan said it’s been a fun way to be together with family and friends while staying physically apart. All of the attention that the videos have gotten have caught the family by surprise.

“Back in September, it kind of went international,” Dan said. “We’re doing these little videos with our kids just to pass the time and, obviously they’re not superstars, but it’s kind of crazy that the story has reached so far.”

Tue Apr 20 , 2021
When you’re looking for an investment with explosive growth potential, small-cap stocks are often the best bet. However, they are risky. And risk is the last thing you want in retirement stocks — at least not when retirement is nearing instead of being far, far on the horizon. That said, […] 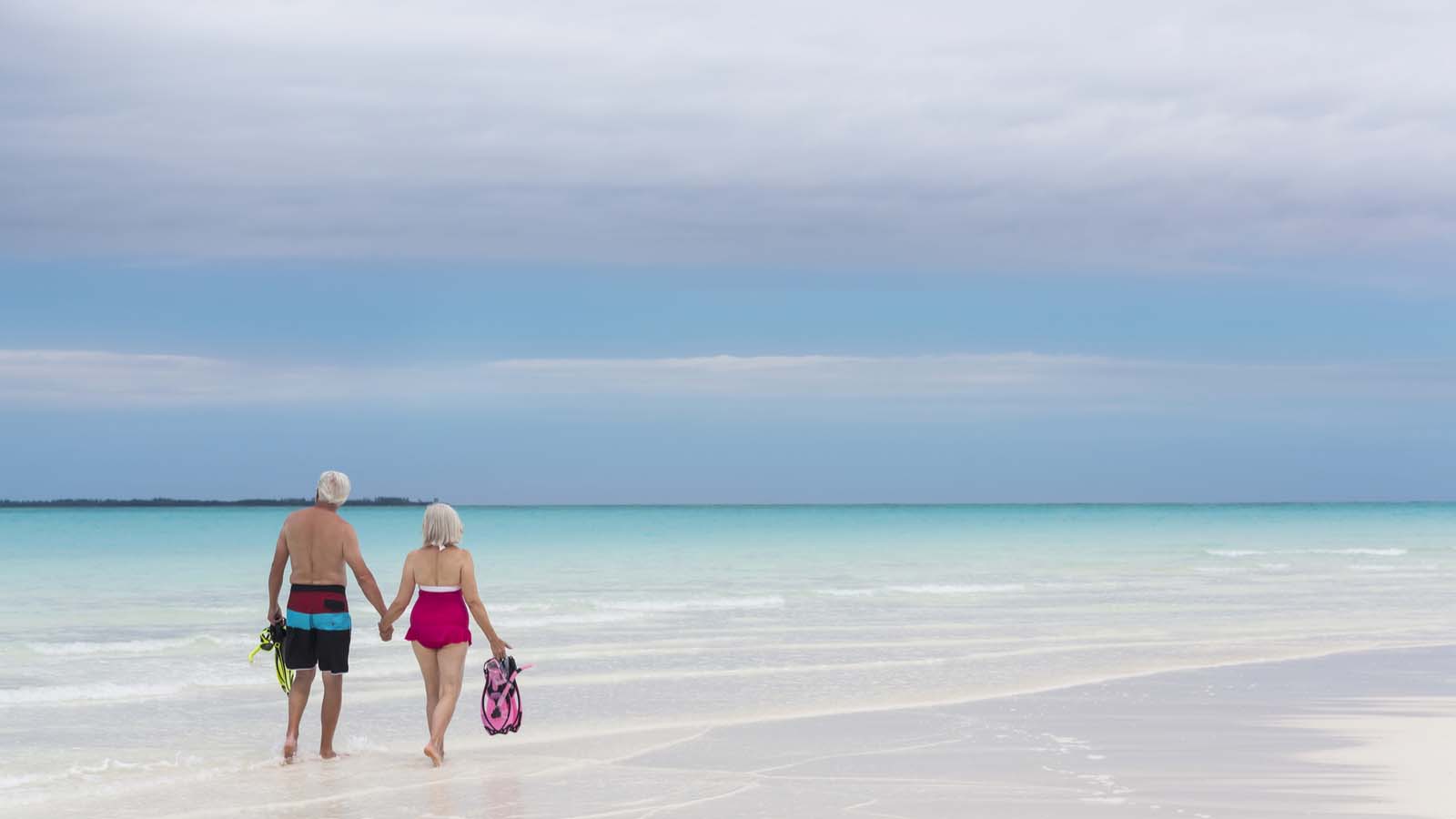