AEW’s Britt Baker is coming off a historic Dynamite Lights Out match with Thunder Rosa, marking the first time women have main-evented the show.

Despite losing the match, Britt was the person everyone was talking about, thanks in part to the incredible show-closing visual of her face covered in blood.

Speaking exclusively to Digital Spy, Britt reflected on the overwhelmingly positive response she received to the match from fans and the pressure of preparing to make history for women’s wrestling.

“There’s nothing I like more than proving somebody wrong and saying ‘I told you so’. So I’m just thrilled with how everything came off, with the reaction, I couldn’t have asked for anything better and I wouldn’t change a thing.

“[The online reaction] was so overwhelmingly positive that my phone was blowing up. It was everything you dream of as a wrestler – acceptance from your peers, your coaches, your bosses, and then the harshest critics of them all, the fans. So it was a really cool night.”

“I couldn’t not think about it,” Britt said. “The night before to hype myself up I watched the Trish Stratus and Lita main event from Raw. Just the gravity of that match, how it’s remembered as one of the most iconic women’s matches of all time I wanted to go in having that same mentality.

While Britt is making history in AEW, she’s also juggling a career as a practising dentist, proving that you really can have it all in life.

“Thank god for AEW because I get to be a dentist and a wrestler at the same time,” Britt said.

Speaking about her parents’ reaction when she started wrestling, Britt said: “My mom and dad were not thrilled with the whole wrestling adventure that I was under. I didn’t even tell them for the first six months I was training because I knew they were going to hate it.

However, Britt’s mother did have a hard time watching her violent Lights Out match. “So my mom had to drink, she had alcohol because she was very nervous,” Britt said.

“I saw my parents the next weekend then and I didn’t know that my dad had convinced her that the blood was fake. So when she was talking to me and she says, ‘Oh my God, how did they get that fake blood to look so real?’ I was like, ‘Mom it wasn’t fake, I was bleeding’.

“But I didn’t know, I said ‘Dad, you need to clue me in on these things! I would have went with it.'”

Being a wrestler and a dentist also means Britt sometimes has to have awkward conversations when her patients find out her secret identity.

“It’s always an awkward conversation to have,” Britt said of patients finding out she’s a wrestler. “My assistants and my hygienist like to pick on me because they know it’s not a conversation I want to have.

“I’m very professional as a dentist and I want the patients to be in and out just like they want to and also you can’t be talking because I need to be in your mouth. So my assistant and my hygienist, every once in a while they’ll be like ‘you know she’s a wrestler right?’

“Then it’s a whole conversation and I just stare at them through my mask like ‘really, we have to do this today?'”

Now that Britt and Thunder have made history, Britt’s hopes for AEW’s women’s division are that it can keep growing bigger and stronger.

“I hope we can carry on this momentum right now because we’re in the spotlight for a good reason. So I really want us to continue with the women’s division having good storylines, good angles, good matches. And I can’t wait to one day get my shot at Hikaru Shida again for the Women’s Championship title.”

AEW Dynamite airs Thursdays at 1am on Fite TV in the UK and on Fridays at 11pm on ITV4.

Digital Spy’s digital magazine is back! Read every issue now with a 1-month free trial, only on Apple News+.

Thu Apr 1 , 2021
COPS are begging parents to keep their kids indoors over Easter as chaotic scenes at packed parks risk a fresh coronavirus lockdown. Health Secretary Matt Hancock said: “Enjoy the sunshine, by all means, but nobody is safe from this virus until we can make everybody safe.” 24 Hundreds of revellers […] 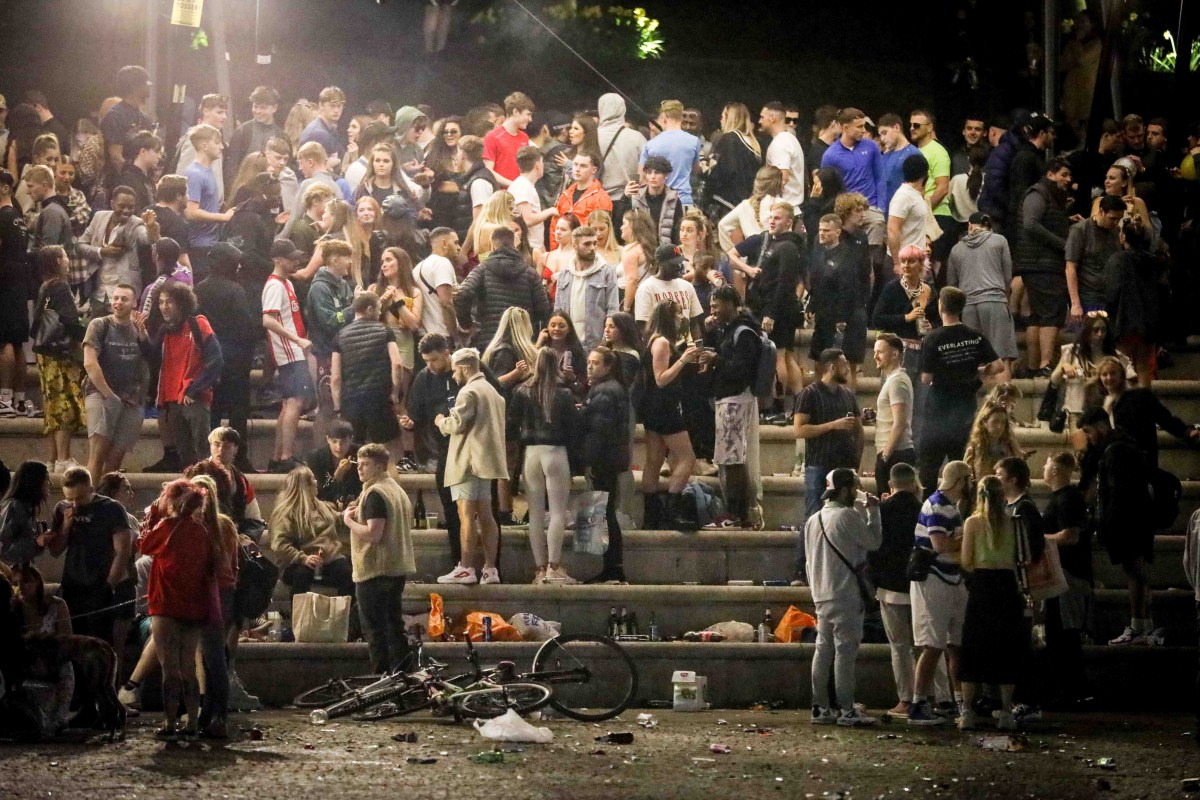