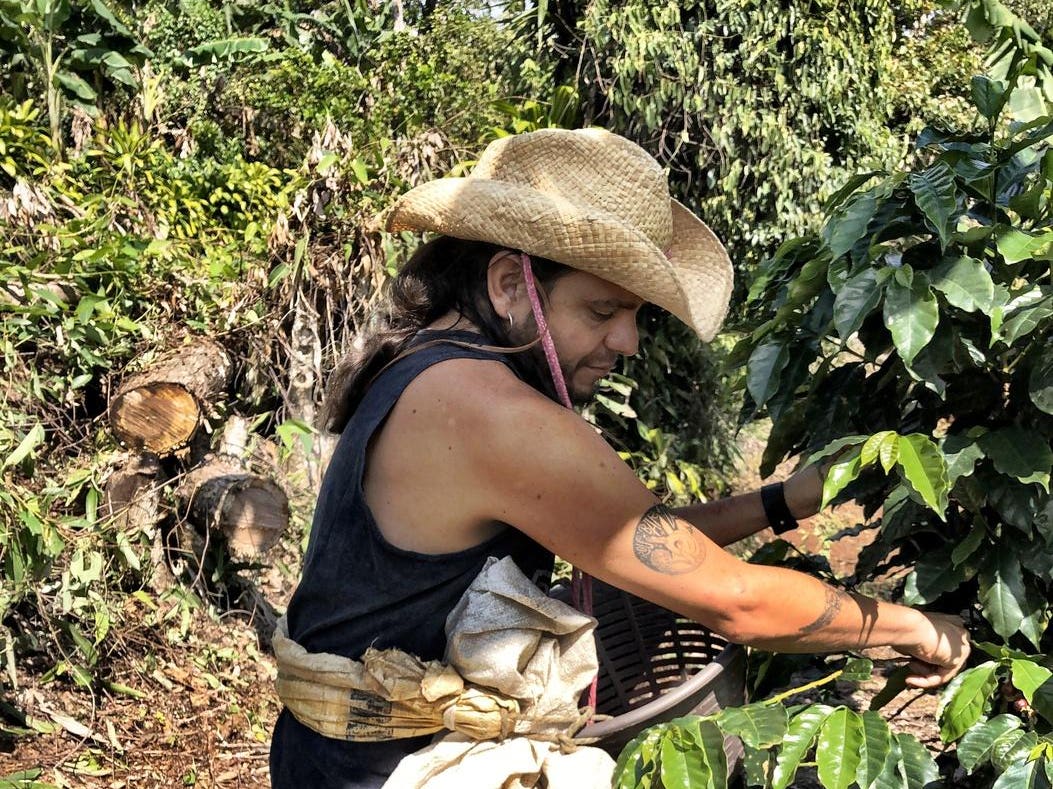 What happens when you let go to find out the person you are?

Ignacio Oreamuno was an international ad man, and for years, led the world-famous Art Directors Club as its executive director. That’s where I met him in 2012 when he surprised me with an offer to sponsor my video project interviewing global creative leaders about their careers.

After a successful 15-year career, Oreamuno quit executive life to travel light in a camper and explore a nomadic life before returning a few years later as an entrepreneur. He combined a passion for mixology with travel to build a roving cocktail bar experience called The Troubardour. The bar itself was built from the mahogany wood of his beloved grandmother’s piano. His idea was to create a five-dimensional party experience with hand-crafted cocktails, inspiring music, live motion art, a light show and experiential art to elevate celebrations. Described by Oreamuno, “The Troubardour is a great Gatsby party on wheels.”

He put everything into it. Even tattooed the logo onto his arm. Right after finishing it, however, a series of construction and timing challenges made the project hit a wall without ever making its first dime. Things got tough. It was a concept without a market. Most people would have quit. Oreamuno didn’t. “Most people follow a strategy, I followed my instinct,” he says looking back.

He put the giant cocktail bar on a boat and shipped it to Costa Rica. No plan. No capital. No place to even store it. “I was putting all my chips on the table. I didn’t know where I was going, only that I needed to keep walking forward. This wasn’t just a business; it was my life adventure too. I needed to know where it was leading me.”

A few months later in Costa Rica, Oreamuno discovered a small coffee farm in the mountains of San Ramón. A bonding friendship developed between him and the owner who heard his story and offered to store and safeguard the bar for free. So the Troubardour, built in the forests of New Hampshire, ended up in the middle of a beautiful coffee farm in Costa Rica, closed and covered with a tarp for an entire year. The project appeared to be dead, but one night, Oreamuno had an epiphany—a vision of the Troubardour muse sitting on top of a coffee bag. Troubardour, he realized, wasn’t meant to be a cocktail bar; but a coffee brand. Perhaps it was destiny that the bar had “shipwrecked” on a coffee farm.

Decades of experience in advertising kicked in, and over the last several months—all during the pandemic—Troubardour Coffee was born. The online shop ships and delivers single-origin coffee of the farm to coffee lovers in the US, Canada and the EU. The shop also has a new entrant to the speciality coffee brewer market, the ’Tico Dripper’ a handmade eco-brewer based on traditional techniques in Costa Rica.

Oreamuno now splits his time between Costa Rica and New Hampshire, near his 7 year-old daughter. In addition to Troubardour Coffee, he runs an adventure-travel company called The Dreamcatchers. In an upcoming theme called “Coffee in Paradise,” guests will be invited to come to Costa Rica on an all-inclusive surprise journey through some of the country’s most beautiful natural secrets. He calls these trips “blind journeys” because guests are encouraged travel without knowing all the details about the itinerary. Everything from the food to the activities and the accommodations, is a surprise. “It’s an exercise in the art of letting go and allowing good things to just come to you.” The trip includes a visit to the coffee farm to learn about the art of coffee and excursions to volcanoes, hot springs and secret waterfalls, culminating with a private celebration at the Troubardour cocktail bar—now on a mountain just outside of the capital of San Jose.

What struck me about Oreamuno’s story is all the pieces coming together for him over time. From our conversation, I deduced a few lessons for those who are both adventurous and entrepreneurial:

The lessons from Oreamuno are a cocktail of a personal journey, whose ingredients are a vision to see what’s possible, the mind to make it happen, the stomach to see it through and the heart to, as he says: “Do your life now.”