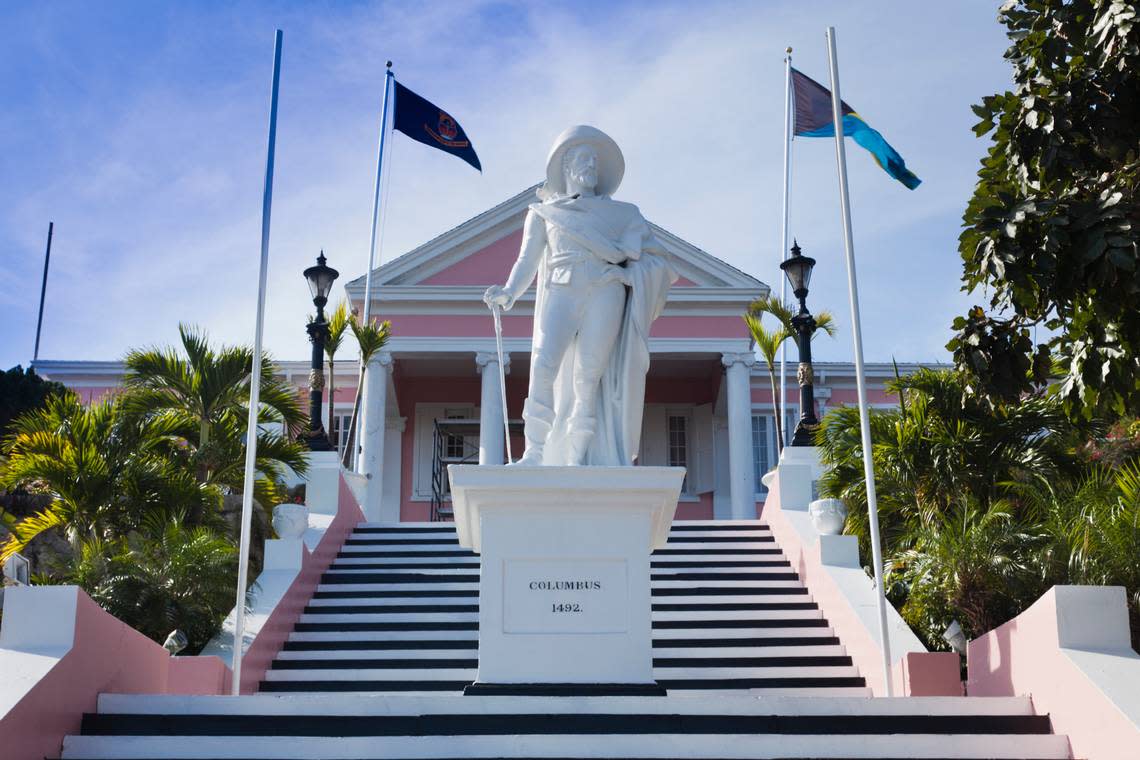 The Bahamas has shut down all public offices in its capital, banned all international flights except for emergencies, restricted hotels to essential staff only, and ordered journalists to first contact the police if they need to be out on the street.

They’re all part of new controls the country began Tuesday to slow the spread of COVID-19 in New Providence.

With more than 1,100 active COVID-19 cases and its healthcare system on the verge of collapse, New Providence has to go under stricture measures for the next seven days, Prime Minister Hubert Minnis warned late Monday. The measures, he said, were to take effect immediately.

But facing heaving criticism from Bahamians over the short notice, delivered in an 8 p.m. speech, Minnis on Tuesday said he will make an adjustment to the measures and allow grocery stores, pharmacies, water depots, gas stations and hardware stores to open from 6 a.m. to 9 p.m. until further notice. He cited feedback from people in the community and the threat of a weather system for the softening.

“Earlier today the Cabinet was briefed by officials of the department of meteorology and the National Emergency Management Agency who are closely monitoring a weather system, which on its current path may affect the Bahamas by Sunday,” Minnis said in a statement. “This is to allow residents who were unable to secure sufficient food, medicine and water to access essential items, and to make the necessary preparations as we monitor the weather system.”

A two-week lockdown of the country, announced on April 3, was set to expire at 5 a.m. Wednesday. Minnis announced the new seven-day lockdown of New Providence, where Nassau is located, and another seven-day lockdown of Grand Bahama while confirming that opposition leader, Philip Brave Davis, had tested positive for the deadly disease and is among those hospitalized after contracting the virus.

“He and I may lead different political parties. But we are Bahamian brothers and we both have important constitutional roles,” Minnis said. “The data on New Providence and the advice of health officials is extremely clear. More restrictive measures are absolutely necessary in order to bring the virus under control on New Providence.”

Canada has flattened curve, but COVID shows no sign of ‘slowing down in Americas’

The Bahamas, which has now confirmed 1,329 cases of COVID-19, was in an emergency, Minnis said, with 731 confirmed cased in New Providence and 461 in Grand Bahama. “The surge in cases has put exceptional strain on our healthcare system. We must act now, and aggressively to prevent our healthcare system from collapsing. If our hospitals collapse, we will have many more deaths.”

The Pan American Health Organization said Tuesday that the spike in coronavirus cases in the Bahamas, which had recorded just 104 cases before fully reopening its borders on July 1, is being observed in several Caribbean nations that had remained stable for weeks. In recent weeks, the Turks and Caicos, Aruba, Trinidad and Tobago, and Jamaica have all reported a sharp rise in infections that, in most cases, have coincided with the reopening of borders.

“Even though a few locations have reported lower numbers after being hit hard, several countries are reinforcing public health measures in areas that are facing a rise in new infections,” said health organization Director Dr. Carissa Etienne. “This virus is unrelenting.”

Minnis’ decision had not been received well in the Bahamas, however.

“I think he meant well, but he did it in the wrong way,” said Bishop Walter Hanchell, as he drove around Nassau on Tuesday delivering groceries to those in need. “We’ve been getting calls from early this morning from persons stuck in their homes with no food, no water, children with no breakfast, and it’s very painful to see that experience.”

Hanchell said the pandemic, the repeated lockdowns and shuttering of the country have been particularly hard on Bahamas’ middle class and the poor, who not only have to shop for food every day, but also are at risk of being evicted from their homes because they cannot afford to pay their rent.

“They have to step up to the plate and do the right thing for the Bahamian people,” said Hanchell, who is with Citizens for Justice Bahamas and Great Commission Ministries.

But rather than place all of Jamaica under a lockdown, Holness, during an emergency online press briefing, said the parish of St. Thomas will come under tighter measures beginning Tuesday. A 7 p.m. to 5 a.m. curfew will be in effect for the next 14 days, he said. In addition, a community quarantine in effect for the Church Corner area in the parish was extended for another 14 days and will now end on Sept. 2 instead of Aug. 20.

“We’re seeing cases popping up generally within the parish of St. Thomas even outside of the communities under quarantine. This suggests that the general movement in the parish could cause outbreaks, and of course, people are not following the infection prevention and control measures,” Mr. Holness noted.

Overall there are approximately 89 cases within the parish, 45 of which are within the quarantine communities. In addition, more symptomatic persons have been identified, who have been tested and are awaiting results.

The government placed Church Corner and the adjoining communities of Lower Summit and Bamboo River under a 14-day quarantine on Aug. 6, after 28 positive cases were registered over four days, including 13 from the communities under quarantine.

Holness also said there will be no funeral services, civic services, weddings or entertainment activities in the parish for the next 14 days.

Jamaica has registered 1,129 COVID-19 cases and 14 deaths since the pandemic first appeared on its shores. The Bahamas has recorded 1,329 and 18 deaths. Both countries have been struggling to control the pandemic amid reopening their tourism-dependent borders.

A surge in cases in the Caribbean has led the U.S. State Department to issue a Level 3 travel warning for several Caribbean islands, in which it is asking U.S. citizens to reconsider travel.

On Sunday, Jamaica’s health ministry said that as of Thursday, all visitors age 12 and older from the United States, Brazil, Dominican Republic and Mexico — which have been designated high-risk for COVID-19 — will be required to obtain a negative COVID-19 PCR test prior to arriving. The test must be done within 10 days of arrival. The requirement was already in effect for visitors from Florida, Arizona, New York and Texas but was expanded in light of the increase in positive cases.

The government has also backtracked on a July 31 decision that would have allowed visitors to the island to go off hotel properties to visit approved attractions. Tourists will now have to stay in what the government calls the Resilient Corridor, where a series of hotels and businesses approved for operation amid the global pandemic, are located.