A screen shot from “Call of Duty: Black Ops Cold War,” out November 13th for PlayStation 4, Xbox One, and PCs. (Photo: Activision)

The newest installment in the Call of Duty video game series, “Call of Duty: Black Ops Cold War” drops you into the fight on two fronts: the Vietnam War and 1980s clandestine conflicts between the U.S. and Soviet Union.

With its single-player story campaign, the first-person shooting game, which is out today for PlayStation 4, PS5, Xbox One, Xbox Series X and S, and PCs on Battle.net (rated Mature for ages 17-up), transports you back to Vietnam to investigate a crucial encounter in the proxy war involving the superpowers. Somehow, the Russians swiped a U.S. nuke in 1968 and now that mistake has come back to haunt the Reagan Administration.

That trip back in time nets intelligence needed to track Perseus, a Soviet mastermind who aims to use the bomb to attack the U.S. The search takes your character across the globe with stops in a Berlin still separated by the wall, Cuba, the Ukraine, Russia, and even into the heart of KGB headquarters.

That nerve-wracking mission within the security agency is only one of many mind games awaiting players in this highly-entertaining sequel to 2010’s “Call of Duty: Black Ops.” In that earlier game, you played primarily as Alex Mason, a CIA operator who we learned was brainwashed by the Soviets.

“Black Ops Cold War” makes you a bigger part of the team. You get to create your own character, giving them a name – your code name remains “Bell,” and that’s how you are referred to in the game. You can make your character male, female or gender neutral, and you choose a psychological profile. That gives your character improved speed, aiming or health.

For instance, if you are a newbie to Call of Duty games, the game designers suggest choosing Survivor and Dependable within your psych profile – choices that increase your health by 25% and reduces damage by 30%, respectively.

At the outset, you are immediately thrust into action tracking terrorists after an early meeting attended by President Reagan and Secretary of State Alexander Haig, along with Jason Hudson and Frank Woods, both who appeared in the first Black Ops game, and newcomer Russell Adler of the CIA. It’s this assignment that reveals Perseus has put into un unknown plan into motion.

A screenshot from the PlayStation 5 version of ‘Call of Duty: Black Ops Cold War,’ out now for Sony PlayStation 4, PS5, Xbox One, Xbox Series X and S, and PCs. (Photo: Activision)

As your team advances, you wield a multitude of weapons: machine guns on helicopters and vehicles, sniper rifles and RPGs, and, at one point, you even deploy and direct a bomb-laden remote controlled car. There’s plenty of stealth required, too, to make progress.

In addition to the story’s ten missions, there are two additional side missions, one of which involves tracking a spy helping Perseus set up a network within the U.S. Each mission has unique challenges beyond blasting your way through.

Gathering intel as you dodge bullets can pay off as the story goes along. You can impact the outcome of the game with your character customization choices and other interactions throughout the game.

Playing the game on the Xbox Series S and the PlayStation 5, the scenes are stunning. You get spectacular scenic backdrops as you fly over water and through canyons.

A screenshot from the PlayStation 5 version of ‘Call of Duty: Black Ops Cold War,’ out now for Sony PlayStation 4, PS5, Xbox One, Xbox Series X and S, and PCs. (Photo: Activision)

When you are on foot, trodding through snow or wading through water feels authentic. And your enemies aren’t simply cannon fodder. Some heavily armored Soviet soldiers prove extremely tough to take down.

It’s not all running and gunning. Your ability to utilize the game’s lock-picking function is satisfying, especially when you have to complete the task before a sentry returns. Multiple difficulty settings let you choose the level of challenge – and provide an opportunity to replay missions at higher difficulties.

And it wouldn’t be a Call of Duty game without a twist or two. This story, which packs a whopper, was written with the help of screenwriter David Goyer, who assisted on the first two Black Ops games and whose movie credits include Christopher Nolan’s Batman trilogy.

“Call of Duty: Black Ops Cold War,” developed by Treyarch and Raven Software, doesn’t simply soldier on for the multibillion-selling video game franchise. The game is an exciting, smart addition to the series.

And, of course, there’s plenty more packed into the game including a new Zombies mode and the ever-popular multiplayer online mode, too.

Fri Nov 13 , 2020
Christopher John Twomey grew up in Auburn, Maine. People called him CJ. Born in Massachusetts, he loved the Red Sox, serving in the Air Force and his family. CJ was recruited to try out for an Air Force special operations unit — but he didn’t make it, as many don’t. […] 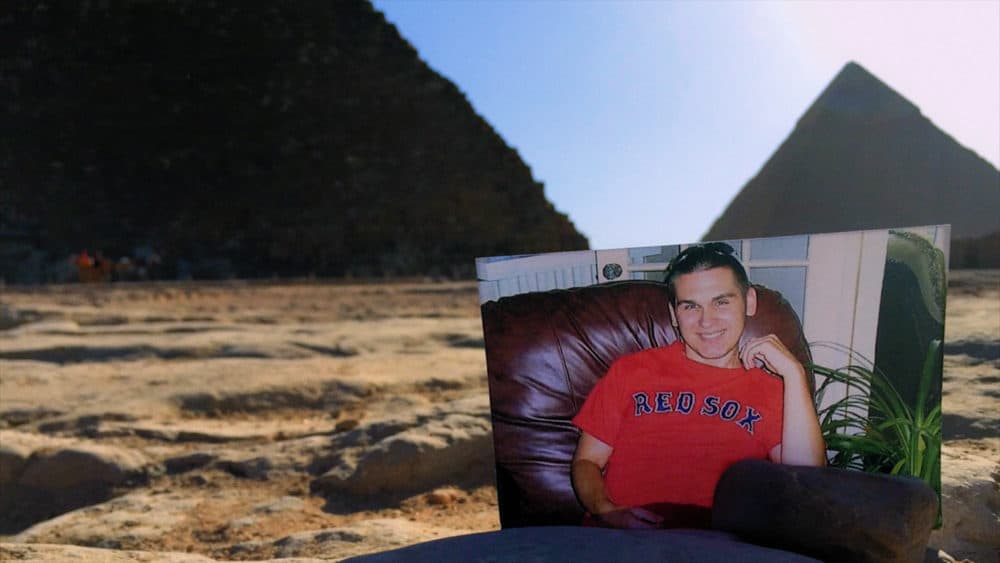