ESSEX COUNTY, NJ — Weather forecasters warned about the potential impact of Tropical Storm Isaias in New Jersey. And on Wednesday – a day after the storm’s heavy winds tore down trees and power lines across Essex County – many local residents are still reeling from its aftereffects.

Here are some of the ways the storm is still impacting the area.

The storm tore down power lines and knocked out electricity for tens of thousands of Essex County residents. More than 50,000 customers with PSE&G and JCP&L were still without power on Wednesday afternoon.

According to PSE&G’s online map, 46,638 out of 353,867 customers in Essex County were still affected by outages as of noon on Wednesday.

According to JCP&L’s outage map, 4,329 out of 11,705 customers in Essex County were still affected by outages as of noon on Wednesday.

“PSE&G has been notified of outages and wires that we have observed or have been reported to us,” the Maplewood Police Department wrote in a 4:34 a.m. storm advisory. “We do not have any estimates from PSE&G on response time or return of power.”

The two utility companies have asked customers to be patient, and have said a complete recovery could take days, not hours.

“We currently expect that this will be a multi-day restoration effort,” JCP&L officials said on the company’s Facebook page.

PSE&G also warned about the possibility of lingering outages as workers scramble to make repairs and still adhere to coronavirus safety protocols.

“As damage assessment continues, PSE&G believes that Isaias is among the strongest storms to hit our service territory in recent years, and that some outages could last for an extended period,” spokespeople said Wednesday morning.

“PSE&G is working as safely and quickly as possible to restore power, and has nearly 2,800 workers dedicated to restoration,” the company stated. “Through mutual aid resources, we have requested 1,700 workers to repair damage – from 15 states and as far away as Canada.”

The power issues also disrupted golf plans in Essex County, and caused a delayed opening at the Turtle Back Zoo and the nearby Treetop Adventure, officials reported.

West Orange Mayor Robert Parisi offered a social media message to the township on Wednesday morning that addressed the frustrations of many people still left without electricity. He wrote:

“Losing power is frustrating … no doubt! For all of us. We are all accustomed, addicted and acclimated to the technology that surrounds us…and dependent for comfortable air, sometimes medical needs, cold and fresh food and the television shows that become part of our family. Most frustrating for me is that local government has no influence or ability in expediting repairs or restoring power and, other than a sympathetic ear, I can offer very little support in this process.”

“PSE&G does not take guidance from West Orange or any community in their prioritizing of making repairs following storms. And this storm, though brief, left a lot of damage. PSE&G does not release information related to the power grid … for obvious security reasons … so the township does not know what downed line may need to be repaired to restore a particular neighborhood, we have no background on what power lines feed certain areas and no knowledge as to why some streets have power and some do not. Some streets in my neighborhood have power, some adjacent and connecting streets do not.”

“As long as there are wires above our streets, mixed with trees, there will be outages following storms. We must all be patient … help neighbors that may need help, lend a hand to those that need it and offer our homes if it can provide temporary comfort to those without power … but wear a mask!”

The storm knocked out electricity at several pumping stations in North Caldwell, prompting the following alert from police at 7 a.m.:

“Please conserve water during this power outage as several pumping stations are without power. Please turn off your sprinkler systems and make every effort to conserve water. Thank you for your cooperation.”

“Due to supply issues, Verona is under water restrictions effective immediately. No outdoor water use and please conserve water use inside your home. Thank you for your anticipated cooperation.”

The water in Verona is safe to drink, police noted in a follow-up advisory.

Heavy winds ripped trees up by their roots and sent massive branches tumbling into local roadways across the county. And Wednesday, town work crews and residents were still busy cleaning up the mess.

A Millburn resident took several photos of the aftermath in Short Hills, which included an image of a large tree ripped up by the roots and crashed against a home.

The storm took down at least 56 trees and 14 major wires throughout the city of Newark. As a result, more than 16,000 residents were left without power, including many in the North Ward, officials said.

Maplewood police reported “multiple trees and wires down throughout town” early Wednesday morning amid the heavy rain and winds. The same was reported in Fairfield, Livingston and Nutley.

Millburn town officials warned residents against taking strolls outside until the cleanup is complete. According to a municipal advisory sent at 6:07 p.m.:

“While much of the storm has passed, many residents are walking throughout the town. There are still many downed trees and live wires that pose a danger. Residents walking are urged to use extreme caution. Do not go near any downed wires and assume they are live. With no estimated time of restoration from JCP&L at this time many of these hazards may continue to exist through the evening and are not easily seen both at night or entangled in trees.”

In Caldwell, police barricaded several areas, taping off “numerous” sections of town with downed trees and wires as they waited for PSE&G crews to respond to the scene. Police said “hazardous conditions” were seen on several roadways.

“West Caldwell has experienced significant damage from the storm, including many wires down, trees down and damaged electrical transformers,” Mayor Joe Tempesta said. “We are asking if possible, to stay at home this evening to give work crews a chance to clear roads and wires.”

Cedar Grove officials said that as of 8:27 a.m. on Wednesday, the town DPW was still cleaning up a large amount of tree limbs and debris from roadways and curb lines.

“There are still many residences with no power due to power lines down on the streets,” Cedar Grove officials added. “Please use caution while in the area of these downed trees and power lines.”

“Be careful driving,” the Glen Ridge Police Department advised Wednesday at 9:36 a.m., warning about possible debris from the storm on local roadways.

Learn more about posting announcements or events to your local Patch site. Sign up for Patch email newsletters.

This article originally appeared on the Montclair Patch

How Young Stars Have Coped With the Coronavirus Pandemic

Wed Aug 5 , 2020
Rowan Blanchard was about six months into her Vancouver-based shoot for Season 2 of TNT’s dystopian thriller “Snowpiercer” when COVID-19 struck North America. “We were so close to finishing. They had two episodes left on Season 2 and they immediately sent everyone home,” says Rowan’s mother, Elizabeth Blanchard. More from […] 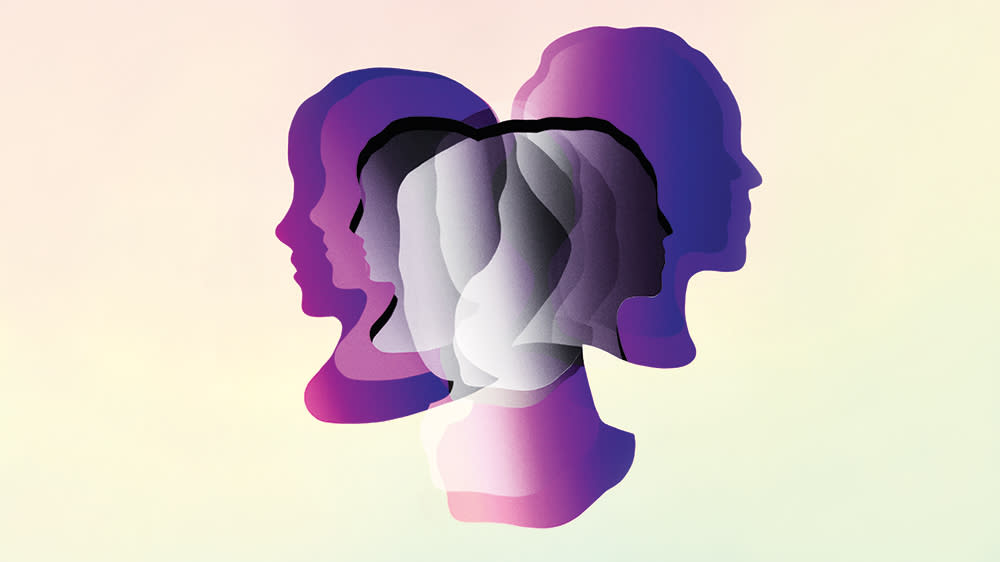