Paris Hilton Opens Up About Past Abusive Relationships: ‘I Put Up with Things No One Should’

Paris Hilton is unveiling a side of herself fans have never seen before.

The star’s YouTube Originals documentary, This Is Paris, premiered Monday. In the nearly two-hour film, helmed by Emmy-winning director Alexandra Dean, Paris, 39, goes into detail about the alleged abuse she suffered in boarding school in Utah — and how her trauma has carried over into adulthood. Ultimately, in speaking out, she says she hopes to expose — and shut down — institutions that administer cruel psychiatric treatment to minors.

Here are the biggest revelations.

She still has nightmares from the physical and emotional abuse she says she suffered as a teenager.

The documentary focuses in large part on the years that preceded Paris’ mega-fame. As a kid, she remembers being a “free spirit,” and her sister Nicky Rothschild Hilton, 36, reflects on Paris’ tomboy tendencies growing up. But things changed when the family moved to New York as Paris entered her teens. She got a fake ID and tapped into the party scene, much to her parents Kathy and Rick Hilton’s horror.

“I think I just got addicted to the night life,” she says. “I felt accepted. I just felt like the queen of the night. That’s where I really became Paris.”

Finally, her parents had enough, and sent their daughter to an outdoor wilderness program. “I feel like my parents were scared and they didn’t want their reputations to be ruined,” Paris says. “So I felt like I was just kind of sent away to be hidden. There’s all these places called emotional growth schools. The first place was in the middle of nowhere. We were building other camps, basically doing manual labor all day long.”

She ended up escaping with a few other girls. “We ran through cornfields, through mountains. The guys that worked at the camp grabbed us and then we got back and they literally just beat the hell out of us in front of everyone,” she recalls. “And then they sent me to this other place, which was hell, too. And I ran away from there.”

A pattern emerged. Then, Paris says, one night, she was taken from her bed as if she was being kidnapped.

“I remember it was a school night,” Nicky recalls in the documentary. “It was the middle of the night, and I just heard screaming bloody murder. I knew there was a takedown in the works. I didn’t know it was people coming in and capturing her.”

“I thought I was being kidnapped. I started screaming for my mom and dad — no one came,” Paris says. “As they were taking me, I saw my parents standing by their door crying. I was like, ‘Please help me, what’s happening?’ And no one would tell me what was happening.”

She ended up at Provo Canyon School in Utah — “the worst of the worst,” she says. “You’re sitting on a chair, staring at the wall all day long, getting yelled at or hit. I felt like a lot of the people who worked there got off on torturing children and seeing them naked.”

She claims she and her peers were regularly given mystery pills, and when she refused to take them, she was sent to solitary confinement without clothing, sometimes for 20 hours at a time.

In a statement to PEOPLE last month, and also on its website, the school noted that it changed ownership in August 2000, after Paris was a student. “We therefore cannot comment on the operations or patient experience prior to that time,” the statement reads. “We are committed to providing high-quality care to youth with special, and often complex, emotional, behavioral and psychiatric needs.”

RELATED: Paris Hilton Opens Up About the Secret Terrifying Abuse She Suffered as a Teen

Paris, who was there for 11 months, says the only thing that kept her going “was thinking about what I wanted to do and who I wanted to become when I got out of there.”

“I was going to do everything in my power to be so successful that my parents could never control me again,” she says. But to this day, she suffers from insomnia and recurring nightmares.

“I wish I could bring a camera into my dreams and show you what it’s like,” she says. “It’s terrifying, and I relive that every night. I experienced it, and to this day I’m still traumatized.”

Her parents didn’t know about the alleged abuse.

Before the making of the film, Paris had never told her family about what happened to her. “My parents were in New York [at the time]. They didn’t know,” she says. “I was so angry and so upset. I hated them.”

Rick is not featured in the documentary, but it captures moments of revelation for Kathy, 61. In one scene, she’s told for the first time by the filmmaker that Paris says she was put into solitary confinement at Provo Canyon School.

Nicky, who says her parents were “always trying to protect us and shield us,” calls her mom and dad the “king and queen of sweeping everything under the rug.” But she also says her older sister was “very naughty,” and that she even used to tell on her.

“Have you ever said sorry to Mom and Dad?” she asks Paris in one scene.

RELATED: Paris Hilton Says She Created a ‘Barbie Persona’ to Avoid the Pain of Her Abusive Past

Towards the end of the film, Paris tracks down some of her old roommates and fellow students, who share their own stories of alleged abuse at Provo Canyon School. The group gathers to shoot a “#BreakCodeSilence” campaign, and it’s an emotional night all around.

In one of the documentary’s final scenes, Paris sits down with Kathy to tell her about the movement and show her the photograph of a sign she made outlining her trauma.

“I know this is something that we’ve never discussed before,” she tells her mom quietly. “They were constantly being abusive in every way. But I couldn’t tell you guys because every time I tried, I would get punished by them.”

Kathy is stunned into silence. “Had I known this, you know that Dad and I would have been there in one second,” she finally says as they hug.

She felt “pressured” into filming her sex tape.

In the movie, Paris also speaks out about the sex tape of her and her ex-boyfriend Rick Salomon that was leaked online without her consent in 2003.

“That was a private moment with a teenage girl not in her right headspace,” she says. “But everyone was watching it and laughing, like it’s something funny.”

“If that happened today, it would not be the same story at all,” she continues. “But they made me the bad person, like I did something bad. It was my first real relationship. [I was] 18, I was just so in love with him and I wanted to make him happy. I just remember him pulling out the camera, and he was kind of pressuring me into. Like, ‘Oh, you’re so boring. Do you want me to just call someone else? No one will ever see it.’ It was like being electronically raped, and for people to think that I [leaked] it on purpose? Because after that, all of these leaked tapes were coming out and it almost became like a blueprint to become famous. I didn’t need to do that. I always had a plan.”

She struggles to trust people, especially in relationships.

In the film, Paris confesses that she sets up spy cameras in her room whenever she starts dating someone new because she wants “to know what’s happening when I’m not here.” She also says she ends up getting a new computer with every relationship, “because they always break into my computers, or they’ll scream at me and threaten me [for my password].”

At the time, she was newly dating then-boyfriend Aleks Novakovic after meeting at Ultra Music Festival in Miami.

“I thought he was handsome,” she says. “He’s visited me in L.A. twice, which is a big deal to me, because after my last relationship, I was basically planning on being single the rest of my life. But I don’t want to be seen in public together yet. I’m not ready for that.”

She ended up keeping their relationship largely out of the public eye, but This Is Paris captures a nasty argument during her set at the Tomorrowland festival in Belgium that prompted their split. “I just had had enough at that point,” she says. “A person can only take so much. Anything that tries to control me I can’t have room for in my life.”

Paris says she went through abusive relationships with five ex-boyfriends from her past. In one scene, she confides in Nicky about her struggles to develop healthy relationships.

“When you have to travel every day, basically, [it’s hard] to maintain a relationship,” she says. “Unless you’re going to have some bitch boy following me around like they always do, and I lose all respect for them. They become emasculated.”

“You need to date an equal,” Nicky says.

The star is now dating entrepreneur Carter Reum, 39, and recently told PEOPLE she feels “so safe with him.” “Before, I don’t think I was really ready for a good relationship,” she said. “But I’ve learned so much. And I’m so grateful to have found my perfect match.”

She wants babies but is prioritizing her career goals.

In the film, Nicky teases her sister for being “greedy” and refusing to “turn down a check.” Paris, for her part, admits she “loves making money,” and details her fixation with making a billion dollars. Her aspirations make it hard to find time to settle down, but the star does envision a family in her future.

If you or someone you know need mental health help, text “STRENGTH” to the Crisis Text Line at 741-741 to be connected to a certified crisis counselor. 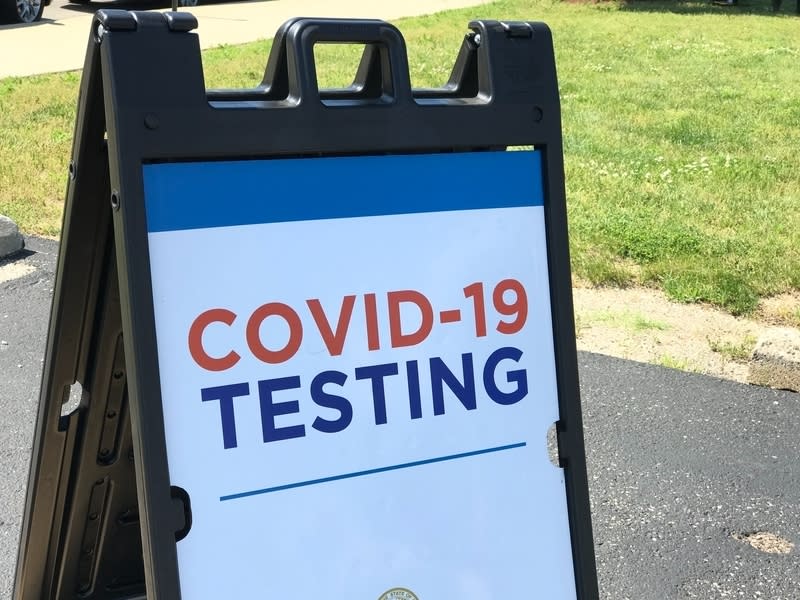