The FBI says a plot to overthrow the Michigan state government and kidnap Governor Gretchen Whitmer has been stopped. Officials say the men – eight in all – were extremists involved in the Michigan militia group, the Wolverine Watchmen. According to a sworn FBI affidavit, an undercover agent attended a June meeting in Ohio, where members discussed overthrowing state governments “that they believed were violating the US Constitution.” The court filings in the case alleges the conspirators twice conducted surveillance of Whitmer’s vacation home and discussed kidnapping her to stand trial for treason before the Presidential election. Her “crime?” The coronavirus shutdowns in the state. Here’s the thing, while horrific concept on its own, it was apparently the least of the group’s plans. They allegedly planned to gather about “200 men” to attack the Capitol building, take hostages…including the governor. If that went south, they reportedly planned to attack the governor at her home.

2 Hurricane Delta Closes In On The Gulf Coast

Hurricane Delta gained a little more strength, but is still “just” a Category Three storm. According to the National Hurricane Center, Delta is currently bringing 120-mile-per-hour winds and is moving north-northwest at 12-miles-per-hour. Parts of the Gulf Coast could see life-threatening storm surge of as much as 11-feet today – with the storm expected to make landfall around dinnertime. There’s anticipation that the storm could bring almost 15 inches of rain in some areas through the weekend. Hurricane Warnings have been issued from locations in Texas to Louisiana. And adding terrible insult to already awful injury? Delta is set to make landfall in the same southwestern part of the Louisiana where Hurricane Laura came ashore six weeks ago.

Next week’s planned virtual presidential debate is a non-starter with President Trump. Trump said on Fox Business that he won’t “waste his time” on a virtual debate” because, among other things, Joe Biden would “be handed the answers.” That came shortly after the Commission on Presidential debates announced the October 15th debate between Trump and Biden would be virtual, in the interest of safety. Biden’s campaign quickly agreed to the virtual approach. The town hall format would have the moderator, C-SPAN anchor Steve Scully, and the questioners in Miami while Trump and Biden will be in separate locations. The issue of safety came up after Trump tested positive for the coronavirus last week.

Fri Oct 9 , 2020
AP Photo/Matt Rourke If there’s one person who can get liberals to (at least briefly) enjoy watching Fox News, at the moment it appears to be Pete Buttigieg. In recent months, the former South Bend mayor and 2020 presidential candidate has been the most high-profile Joe Biden surrogate to regularly […] 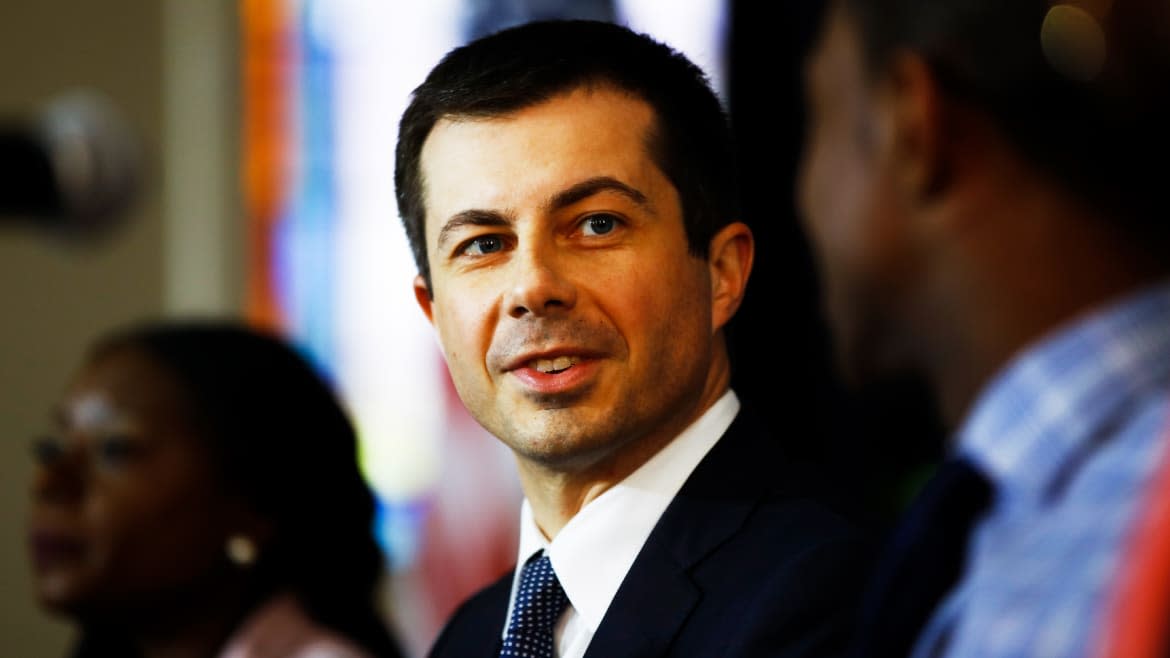