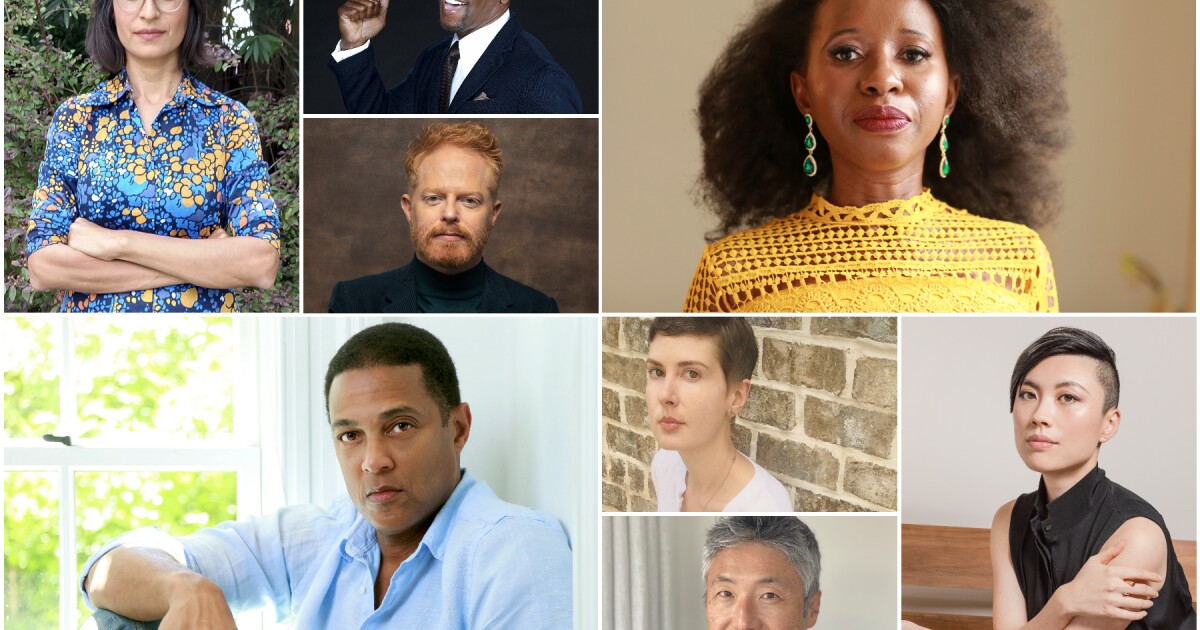 2:17 PM, Mar. 23, 2021An earlier version of this story said that Julie Tanous will talk about her debut cookbook “Food Between Friends” with coauthor Jesse Tyler Ferguson. Tanous will not be in the panel.

The festival will kick off April 16 with the Los Angeles Times Book Prizes’ virtual awards ceremony and celebration.

Writers, poets, artists and storytellers will discuss a myriad of topics — including race, identity and immigration; crime fiction; sci-fi; and romance — during author panels and readings. Deschanel will chat with Mindy Thomas and Guy Raz about their new book, “Wow in the World: The How and Wow of the Human Body”; Brandon Hobson and David Heska Wanbli Weiden will talk about novels of the Native American experience; Patrik Svensson will join others in a conversation about the natural world; and Mark Harris, Glenn Frankel and Melissa Maerz will discuss film director Mike Nichols’ vast body of work, the making of “Midnight Cowboy” and the history of “Dazed and Confused.”

Unlike last year, when in-person April programming was postponed and condensed after COVID-19 shutdowns, this year’s virtual event is truer to the traditional IRL literary celebration.

“This year, we obviously started from nothing,” said Ann Binney, special projects coordinator for The Times. “We sort of went back to our process for the physical festival.”

That entailed putting out a call for author submissions to a huge database of publishers. They received hundreds. With a small team of Times colleagues, including deputy managing editor Julia Turner and books editor Boris Kachka, they sifted through and discussed submissions to craft the panels.

Also back this year is a virtual edition of the unofficially named L.A. Times Stage, the place where — in pre-pandemic times — celebrity authors with recently released books would have one-on-one conversations with an interviewer. “We sort of replicated that this year, and it’s our ‘main stage,’” said Binney. Harris, Don Lemon and Thompson are among the guests who will grace that virtual venue.

“During an unprecedented year that tested humanity’s adaptability, it shouldn’t be surprising that, as sales numbers show, people turned to books more than ever to make sense of the world,” said Kachka. “The Festival of Books too has adapted to serve that need. With a year of experience behind us, the Times team has worked to create an event as rich, varied and communal as a virtual festival can be. I hope our readers agree.”

Here’s a peek at this year’s highlights: