Growth stocks are shares in companies that increase their revenue, earnings, and often stock price faster than average. These stocks are popular because they offer the potential for outsized returns over the long term. Roku (NASDAQ:ROKU) and Revolve Group (NYSE:RVLV) are two companies that meet that growth-stock definition well and have been strong performers in 2020.

Let’s dig a little deeper to find out why these two growth stocks could make great buys in December.

More and more television consumers are transitioning from cable to subscription video on demand (SVOD) and streaming in 2020. Roku offers investors an excellent opportunity to bet on this megatrend because of its dominant 30% market share in connected TV devices, according to analytics company Statista. But Roku’s biggest growth driver is actually in digital advertising — reported as part of its platform revenue segment which represents over 70% of overall revenue. 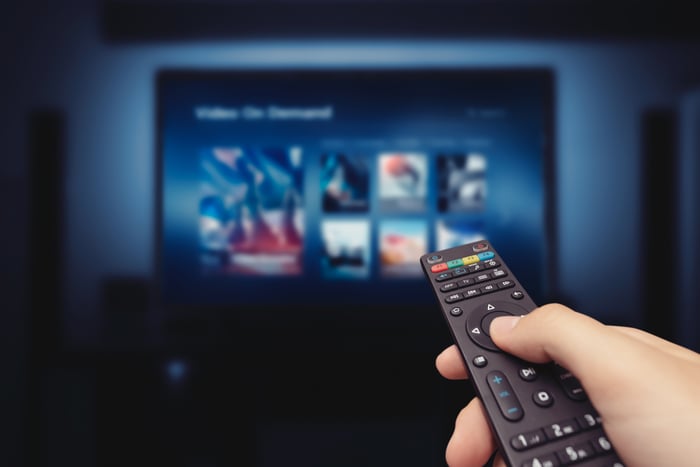 The trend of cord-cutting (canceling cable subscriptions in favor of streaming) is here to stay, and the coronavirus pandemic may have accelerated this transition. According to a recent poll conducted by Roku and Harris, 85% of Americans use streaming services, and these numbers will likely increase as time goes on because digital media tends to be even more popular with younger generations.

Roku’s top line is skyrocketing. Third-quarter net revenue jumped 73% to $451.7 million, driven by growth in advertising and subscription revenue as consumer engagement booms. The number of active accounts increased by 43% to 46 million while total streaming hours jumped by 54% to 14.8 billion in the period. Management plans to drive continued growth by expanding into international markets such as Brazil, where the company rolled out its Roku Express streaming device in September.

Like many growing companies, Roku isn’t profitable yet on an annualized basis. However, the company generated an adjusted EBITDA of $56.2 million in the third quarter, which is a dramatic improvement from the loss of $400,000 in the prior-year period. The stock trades at a price-to-sales (P/S) ratio of 26, which looks like a fair (albeit relatively high) valuation considering its rapid top-line growth and improving margins.

Revolve Group is an online apparel retailer that uses algorithms to forecast fashion trends in its target millennial and Generation Z audience. The company is a compelling growth stock because of its strong margins and potential to generate substantial revenue growth after the economic effects of the coronavirus pandemic subside.

Despite being an e-commerce business, Revolve Group didn’t benefit from the stay-at-home wave that boosted some its peers for much of calendar year 2020.

According to CEO Mike Karanikolas, this was because Revolve Group’s marketing focuses on lifestyle content including “social gatherings, travel, and special occasions.” But Karanikolas believes the revenue headwinds are a temporary deviation from the company’s quarterly e-commerce growth trend, which has averaged around 17% year over year since the third quarter of 2017. 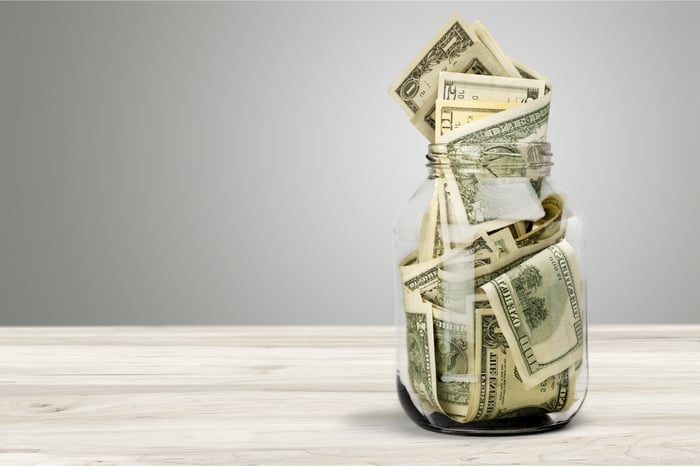 Third-quarter revenue fell 2% to $151 million, but net income soared by 103% to $19.4 million because of temporary salary reductions, fulfillment efficiencies, and smaller markdowns on items. Some of these margin improvements will reverse as the crisis normalizes, but Revolve Group’s profit margin of 13% is significantly larger than rivals like Gap, which reported a profit margin of just 2.4% in the same period.

With a price-to-earnings (P/E) multiple of 37, Revolve Group’s bottom-line valuation is in line with the currently inflated S&P 500 average of 37, making the stock look attractively valued considering its track record of top-line growth and profitability.

Both Roku and Revolve Group offer disruptive digital solutions to established industries and could make great additions to your portfolio in December. However, Roku is better for investors willing to pay a rich valuation for its rapid top-line growth, while Revolve Group is more suitable for value-conscious investors because of its stable profits and modest earnings multiple.