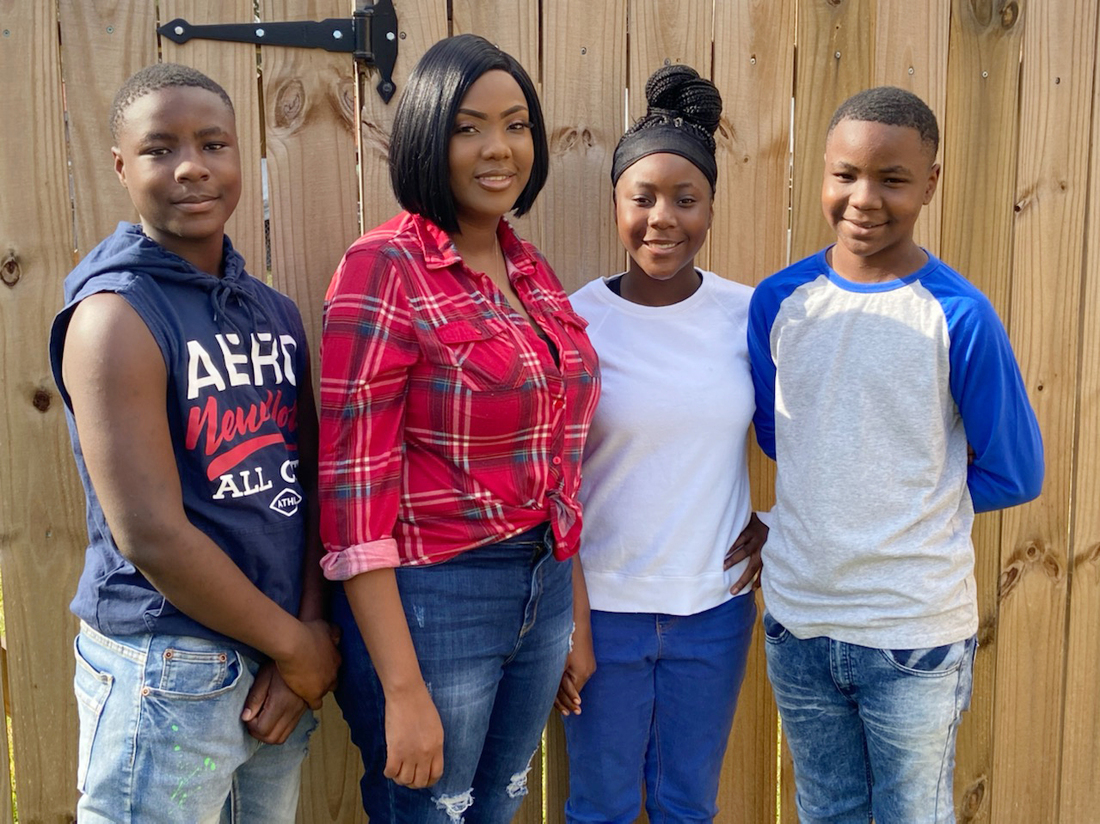 Victoria Gray (second from left) with her three kids, Jamarius Wash, Jadasia Wash and Jaden Wash. Now that the gene-editing treatment has eased Gray’s pain, she’s been able be more active in her kids’ lives, and looks forward to the future. “This is really a life-changer for me,” she says. 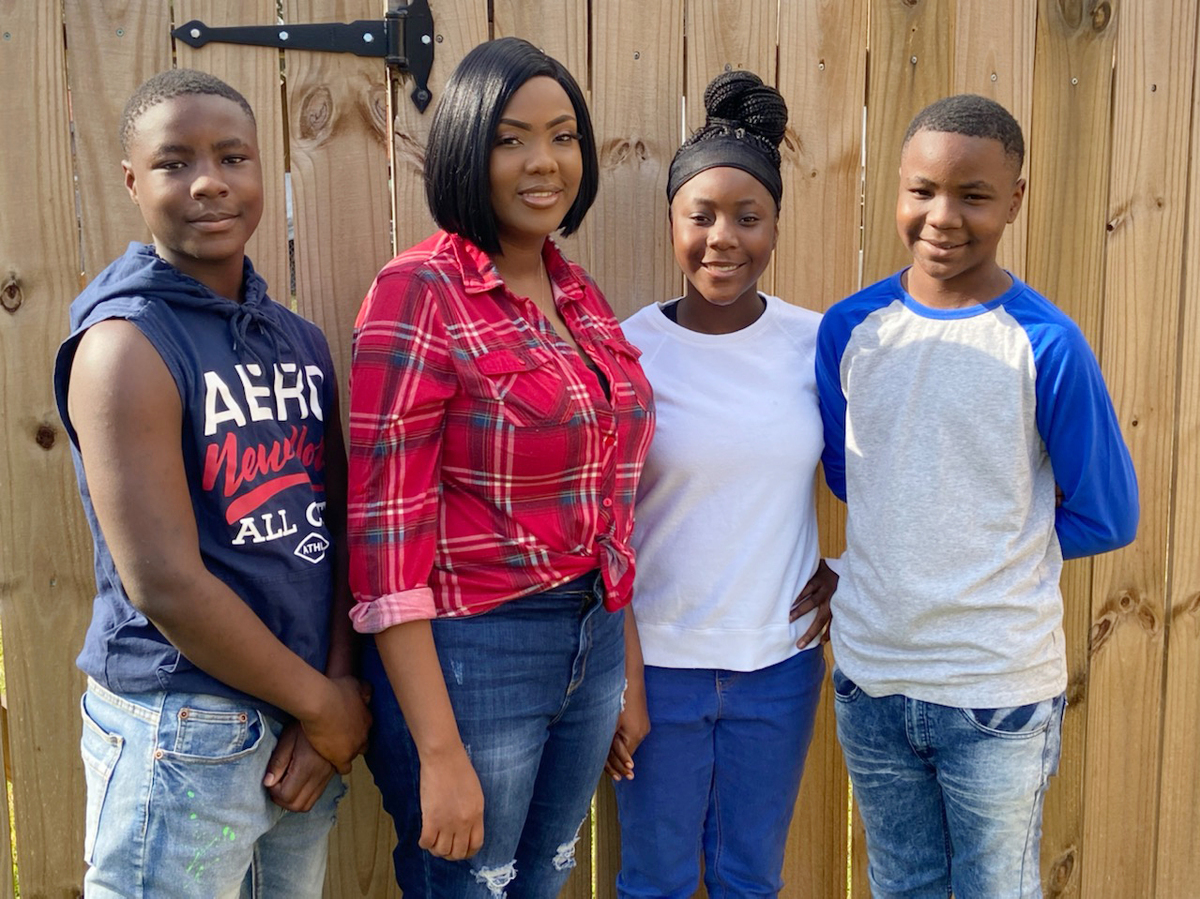 Victoria Gray (second from left) with her three kids, Jamarius Wash, Jadasia Wash and Jaden Wash. Now that the gene-editing treatment has eased Gray’s pain, she’s been able be more active in her kids’ lives, and looks forward to the future. “This is really a life-changer for me,” she says.

The last thing a lot of people want to do these days is get on a plane. But even a pandemic would not stop Victoria Gray. She jumped at the chance to head to the airport this summer.

“It was one of those things I was waiting to get a chance to do,” says Gray.

She had never flown before because she was born with sickle cell disease. She feared the altitude change might trigger one of the worst complications of the devastating genetic disease — a sudden attack of excruciating pain.

But Gray is the first person in the United States to be successfully treated for a genetic disorder with the help of CRISPR, a revolutionary gene-editing technique that makes it much easier to make very precise changes in DNA.

About a year after getting the treatment, it was working so well that Gray felt comfortable flying for the first time. She went to Washington, D.C., to visit her husband, who’d been away from months on deployment with the National Guard.

“It was exciting. I had a window. And I got to look out the window and see the clouds and everything,” says Gray, 35, of Forest, Miss.

Gray wore a mask the whole time to protect herself against the coronavirus, kept her distance from other people at the airport, and arrived happily in Washington, D.C., even though she’s afraid of heights.

“I didn’t hyperventilate like I thought I would,” Gray says, laughing as she recounts the adventure in an interview with NPR.

NPR has had exclusive access to follow Gray through her experience since she underwent the landmark treatment on July 2, 2019. Since the last time NPR checked in with Gray in June, she has continued to improve. Researchers have become increasingly confident that the approach is safe, working for her and will continue to work. Moreover, they are becoming far more encouraged that her case is far from a fluke.

At a recent meeting of the American Society for Hematology, researchers reported the latest results from the first 10 patients treated via the technique in a research study, including Gray, two other sickle cell patients and seven patients with a related blood disorder, beta thalassemia. The patients now have been followed for between three and 18 months.

All the patients appear to have responded well. The only side effects have been from the intense chemotherapy they’ve had to undergo before getting the billions of edited cells infused into their bodies.

The New England Journal of Medicine published online this month the first peer-reviewed research paper from the study, focusing on Gray and the first beta thalassemia patient who was treated.

“I’m very excited to see these results,” says Jennifer Doudna of the University of California, Berkeley, who shared the Nobel Prize this year for her role in the development of CRISPR. “Patients appear to be cured of their disease, which is simply remarkable.”

Another nine patients have also been treated, according to CRISPR Therapeutics in Cambridge, Mass., and Vertex Pharmaceuticals in Boston, two companies sponsoring the research. Those individuals haven’t been followed long enough to report any results, officials say.

The treatment boosted levels of a protein in the study subjects’ blood known as fetal hemoglobin. The scientists believe that protein is compensating for defective adult hemoglobin that their bodies produce because of a genetic defect they were born with. Hemoglobin is necessary for red blood cells to carry oxygen.

Analyses of samples of bone marrow cells from Gray six months after getting the treatment, then again six months later, showed the gene-edited cells had persisted the full year — a promising indication that the approach has permanently altered her DNA and could last a lifetime.

“This gives us great confidence that this can be a one-time therapy that can be a cure for life,” says Samarth Kulkari, the CEO of CRISPR Therapeutics.

Gray and the two other sickle cell patients haven’t had any complications from their disease since getting the treatment, including any pain attacks or hospitalizations. Gray has also been able to wean off the powerful pain medications she’d needed most of her life.

Prior to the treatment, Gray experienced an average of seven such episodes every year. Similarly, the beta thalassemia patients haven’t needed the regular blood transfusions that had been required to keep them alive.

“It is a big deal because we we able to prove that we can edit human cells and we can infuse them safely into patients and it totally changed their life,” says Dr. Haydar Frangoul at the Sarah Cannon Research Institute in Nashville. Frangoul is Gray’s doctor and is helping run the study.

For the treatment, doctors remove stem cells from the patients’ bone marrow and use CRISPR to edit a gene in the cells, activating the production of fetal hemoglobin. That protein is produced by fetuses in the womb but usually shuts off shortly after birth.

The patients then undergo a grueling round of chemotherapy to destroy most of their bone marrow to make room for the gene-edited cells, billions of which are then infused into their bodies.

“It is opening the door for us to show that this therapy can not only be used in sickle cell and thalassemia but potentially can be used in other disorders,” Frangoul says.

Doctors have already started trying to use CRISPR to treat cancer and to restore vision to people blinded by a genetic disease. The hope to try it for many other diseases as well, including heart disease and AIDS.

The researchers stress that they will have to follow Gray and many other patients for a lot longer to be sure the treatment is safe and that it keeps working. But they are optimistic it will.

Victoria hopes so too.

“It’s amazing,” Gray says. “It’s better than I could have imagined. I feel like I can do what I want now.”

The last year hasn’t always been easy for Gray, though. Like millions of other Americans, she has been sheltering at home with three of her children, worrying about keeping them safe and helping them learn from home much of the time.

“I’m trying to do the things I need to do while watch them at the same time to make sure they’re doing the things they need to do,” Gray says. “It’s been a tough task.”

But she has been able do other things she never got to do before, such as watch her oldest son’s football games and see her daughter cheerleading.

“This is really a life-changer for me,” she says. “It’s magnificent.”

She’s now looking forward to going back to school herself, learning to swim, traveling more when the pandemic finally ends, and watching her children grow up without them worrying about their mother dying.

“I want to see them graduate high school and be able to take them to move into dorms in college. And I want to be there for their weddings — just everything that the normal people get to do in life. I want to be able to do those things with my kids,” she says. “I can look forward now to having grandkids one day — being a grandmama.”

2 Stocks to Look at for the Post-Pandemic Travel Boom 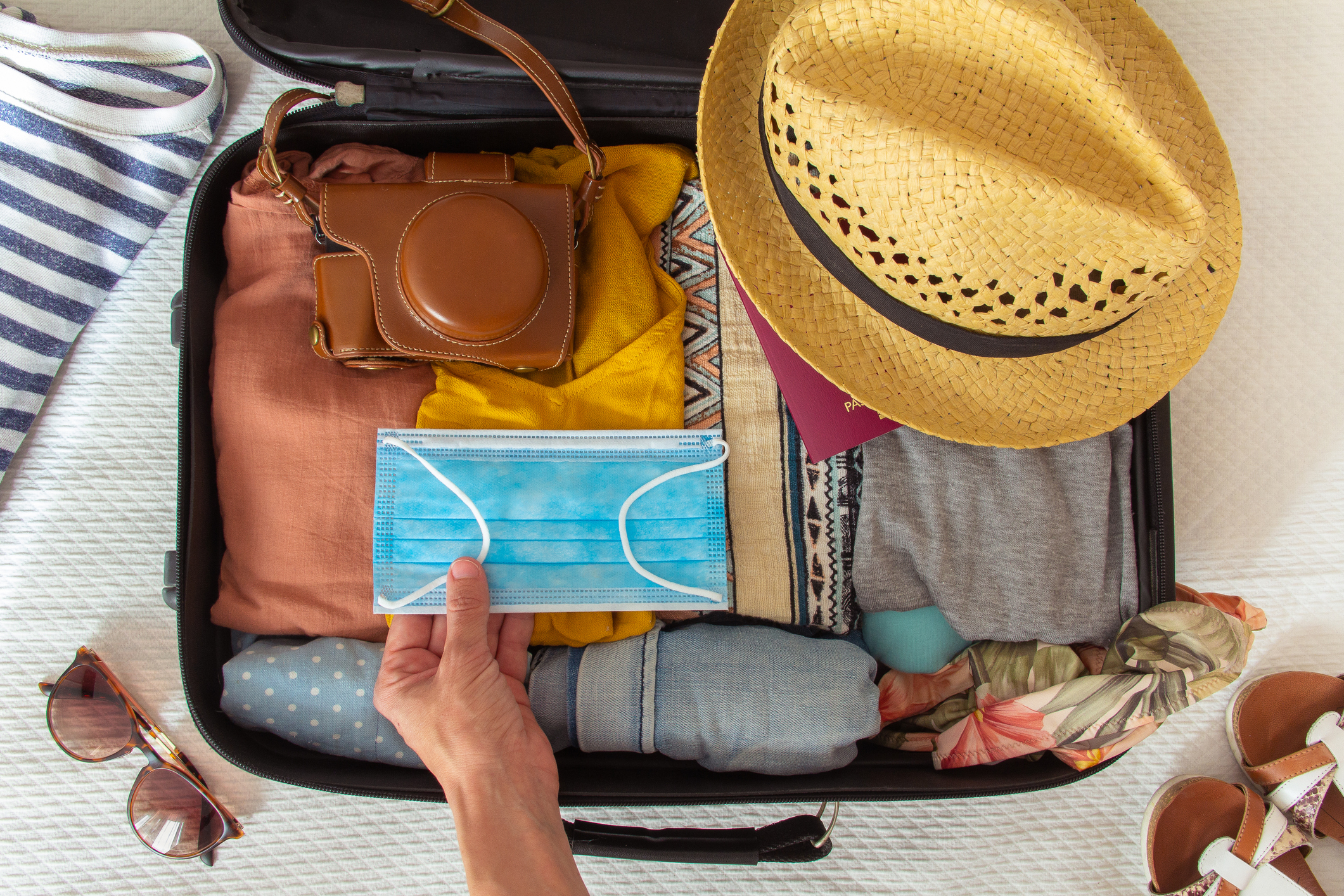