Millions of Britons are swapping their usual holiday in the Med for a summer staycation. But with Cornwall and Devon oversubscribed, where can you go for peace and quiet? Our UK experts suggest their favourite lesser-known corners.

Carmarthenshire: Cinderella of the Welsh coast

This criminally unsung county’s shore is the Cinderella of the Welsh coast, overshadowed by the Gower to the east and rugged Pembrokeshire to the west. Yet the generous curves of Carmarthen Bay are draped with gold – notably the eight-mile stretch at Cefn Sidan, Wales’s longest beach. Swimmers and sandcastle architects are drawn to this broad strand, along with photographers capturing views across the ribs of decaying shipwrecks to the Gower.

Dylan Thomas found inspiration in “The heavenly music over the sand / Sounds with the grains as they hurry”; visit his Boathouse (dylanthomasboathouse.com) in nearby Laugharne, where you can also sip a pint in Brown’s Hotel, reputedly his favourite watering hole. Bed down in Mansion House Llansteffan, a Georgian restaurant with rooms overlooking a delightful cockle-speckled beach guarded by the ruins of a Norman castle.

The A1 is both a good and a bad thing. It speeds you through Northumberland (to Scotland or London) but deprives you of tantalising glimpses of one of England’s finest coastlines; so good, 40 miles (from Warkworth to Berwick-upon-Tweed) form an Area of Outstanding Natural Beauty. Pick any point and you won’t be far from whispery-soft sands (Alnmouth, Bamburgh, Beadnell, Low Newton), sea-views sprinkled with islands (Coquet, the Farnes and magical Lindisfarne) and wind-whipped sand dunes. Ah, yes, sea breezes; these are beaches for tangling your hair rather than tanning bodies, for flying kites, spotting birds or wind-surfing waves, and just generally un-plugging on frisky walks. Having said that, pretty Beadnell or dinky Low Newton are good bets for a more sheltered spot of sunning.

Apart from its film-set castles – stark Dunstanburgh, Disney-esque Lindisfarne and skyscraper Bamburgh – this is a low-key sort of coast. Seahouses is the closest to a ‘resort’ with pitch-and-putt, a handful of souvenir shops, and boat-trips to the Farne Islands. Its fish and chips are good, best eaten on the harbour wall. Or try Amble with its smart marina and revamped harbour front – plus Italian ice cream from Spurreli’s.

My favourite beach is Ross Back Sands. A one-mile-walk across sand dunes from the huddle of cottages at Ross, this wild and windswept beach rewards with few people and views north to Lindisfarne Castle, on Holy Island, and south to the towering bulk of Bamburgh Castle.

Stay at Bamburgh Castle Inn, Seahouses, for good-value, family- and dog-friendly stay, or The Joiners Arms, High Newton, for something smarter and designer-y (only five rooms).

Take a quick look at the crowds by Durdle Door and then turn the other way, because east of this hotspot lies one of the most dramatic but underdeveloped shorelines in the country.

Fitness limits access too – the stretch of South West Coast Path here rollercoasters steeply, via crumpled cliffs, 135-million-year-old tree fossils, seabird-flocked rocks, an Iron Age hillfort and wild beaches: the broad sweep of sand at Worbarrow Bay is a lovely spot for a picnic. A mile inland from Worbarrow is the ‘ghost village’ of Tyneham, evacuated in 1943 by the MOD and never repopulated – detour to visit its abandoned buildings, including the exhibition in the old school.

You can’t stay within the ranges, but both Lulworth and Kimmeridge have options. Kimmeridge Farmhouse, set on the hills overlooking the bay and coast, has B&B doubles from £95pn.

Suffolk without the crowds

England’s North Sea coastline might not boast the creamy sands of Devon or Cornwall, but Suffolk’s rambling pebbled beaches go in for wild and windy walks, as opposed to trudging along with pasties and scones with the crowds.

Aldeburgh’s beachside high street resembles a Battenberg of peppermint green, custard yellow and crayon pink, and unlike the West Country’s eddying Atlantic swell, the sea here is often flat calm. So skim some stones in the direction of Holland.

A coast road runs north towards Sizewell via Thorpeness. It’s here where you’ll find The Dolphin Pub selling East Anglia’s famous dressed crabs. Eating them here feels like less of a tourist cliché than up north in better-known Cromer.

Some people stick their nose up at nearby Sizewell, because its home to an infamous nuclear power plant covering 245 acres. But Sizewell Tea is particularly popular with cycling and motorbike groups on warm summer mornings. They do a roaring trade in bacon sandwiches and Full English breakfasts.

There are plenty of accommodation options nearby, but for peace and nature, right on your doorstep try Five Acre Barn. Its gardens merge into the surrounding woodland – home to woodcock, rabbits, pheasants, slowworms and muntjac deer.

Devon’s answer to the Greek isles

Almost any beach west of Exeter which has a car park nearby is going to draw crowds on sunny days in summer. People want to be offload their kids, picnics and windbreaks from the SUV right on to the sand. The trick is to combine your trip with a walk – most of which are doable with a papoose if not a pram.

Wyscombe Beach, reached via the South West Coast Path, is only a few coves up from Bigbury-on-Sea but it doesn’t get anything like the traffic. The surrounding cliffs and coastal shelves make for an eye-pleasing, dramatic setting that reminds me a bit of the Greek islands, and on either side of noon you can usually find bits of shade and places to lean back on to read or enjoy a bite to eat.

It’s lovely to swim out far enough to look left, spot Burgh Island, and imagine the hubbub. This whole stretch between the inlets for the Erme and Avon is quite lovely, and there are always quiet times either early in the day or after around 4pm when people start heading home.

There’s good pub grub, and loos, from Wed-Sun at the Journeys End Inn (thejourneysendinn.co.uk) and luxury self-catering at Sunridge Treehouse (sunridgetreehouse.co.uk), as well as lots of B&Bs just a few miles inland.

A private Narnia in County Down

When I was eight years old, on the drive back to Belfast after a day at the seaside, I confidently informed my parents that Rostrevor must be the most beautiful place in the world. I still remember the gratification when my dad nodded at the wheel and said that funnily enough, some chap named CS Lewis agreed. “That part of Rostrevor which overlooks Carlingford Lough is my idea of Narnia,” is how CS Lewis, author of my beloved Narnia books, described this small seaside village at the foot of Slieve Martin.

Rostrevor sits at the foothills of the Mourne Mountains, right where the Kilbroney River meets Carlingford Lough, and the attractive seafront – lined with hotels, pubs, restaurants and sweetie shops – hasn’t been mucked with much since the town’s Edwardian heyday, when CS Lewis visited. Today it remains a town almost eerily blessed by natural beauty; there’s a rippling brook, moody mountains, shingle beaches and an enchanting glen called Fairy Glen, because we aren’t shy about magic in Ireland. Rostrevor and the neighbouring port of Warrenpoint will never see the crowds that Portstewart and Portrush draw, but this little corner of Northern Irish coastline is still my own private Narnia.

There’s gold in them thar hills – black gold. Fossick beneath the cliffs of the so-called Dinosaur Coast and you might just turn up a gleaming nugget of jet – Queen Victoria’s favoured gem, post-Albert. But that’s far from the only jewel to unearth on the stretch of shore that marks the eastern edge of the North York Moors National Park. This craggy coastline is studded with geological, archaeological and palaeontological treasures – relics of ironstone and alum mining, along with ammonites, crinoids and other fossils – along with winsome coves, beaches and fishing villages.

String together the greatest hits on a one-day walk along the Cleveland Way long-distance trail east from Saltburn. Delve into the chocolate-box tumble of Staithes, between rainbow-hued cottages wedged into a ravine above fishing boats bobbing at anchor. Continue south-east and descend to the ghost harbour of Port Mulgrave, once a loading point for ironstone, now a fossil-hunting hotspot. Then kick off your boots and sink your toes in the sand of Runswick Bay, named Britain’s best beach earlier this year.

Combine heritage with home comforts at Alum House Luxury B&B, in a dramatic clifftop spot a little west of Staithes at Boulby.

Before my first visit to north Pembrokeshire a few years ago, I’d nosed into south Pembrokeshire on my way to and from places a few times and while it was nice, it was just a little too knowing for my liking. When we holiday with the kids, it’s generally the less busy the better for us, and in north Pembrokeshire, there’s a quieter, untouched feel that really appeals.

The night skies are sometimes so clear you can see the Milky Way and there are also lots of ancient burial chambers and standing stones that we love dragging the kids to (they’ll thank us one day). Porthgain, just eight miles around the coast from St Davids, is a charming old harbour hamlet right on the Pembrokeshire Coast Path that has a great pub in the Sloop Inn, even better fish and chips from The Shed Bistro and a couple of art galleries. It’s a little like Cornwall in miniature. Just a two-mile walk west along the coastal path brings you to the Blue Lagoon, a former quarry known for its vivid colour, where you can often see seals swimming. Around three quarters of the way you’ll find Traeth Llyfn, a gorgeous beach with golden sands, reached by steep stairs, that is often empty.

Ty Llwyd (http://www.ty-llwyd.co.uk) is a charming B&B in a rural setting just over three miles outside Portgain where breakfasts are cooked in the Aga, while www.qualitycottages.co.uk has some nice self-catering places. 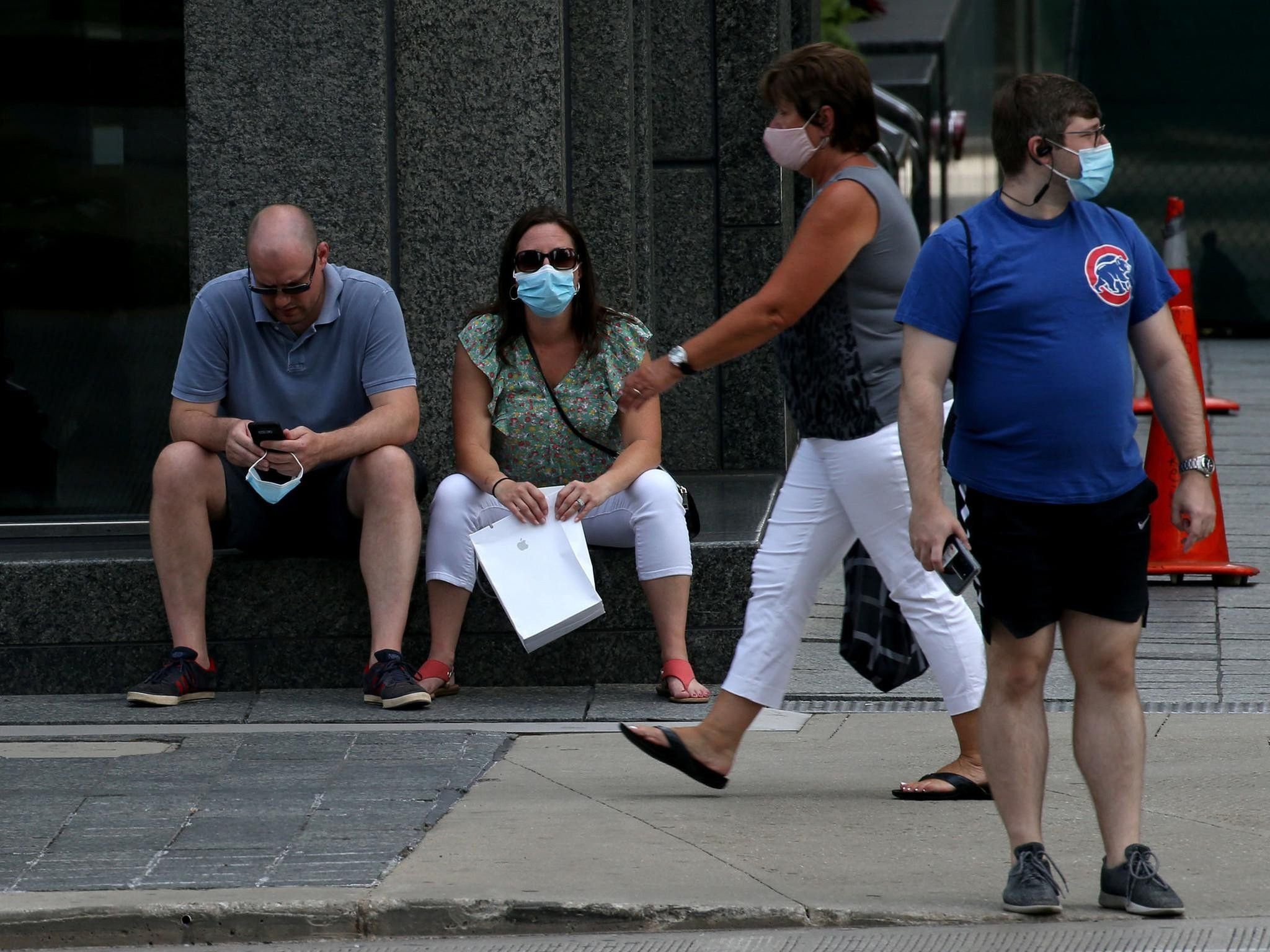